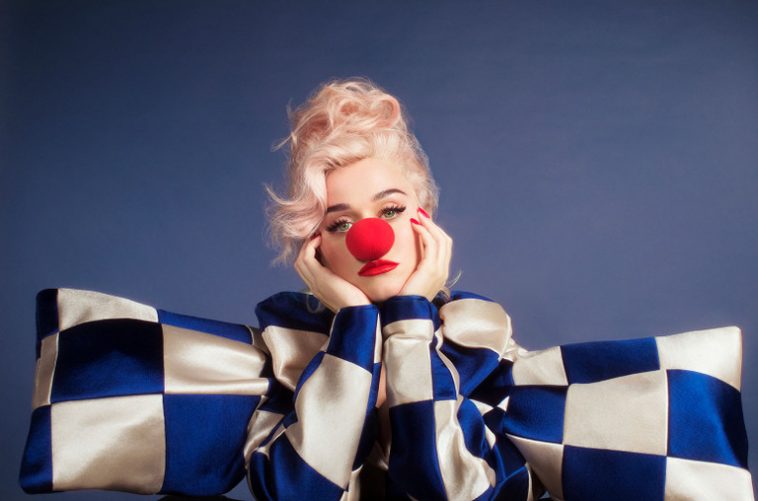 Written by Katy along with Vin Rock, Kay Gee, Ferras, Benny Golson, Anthony Criss, Josh Abraham, Starrah, and Oligee, ‘Smile’ is a defiant anthem which sees Katy being able to smile once more after battling failures and rejection.

During the track, Katy acknowledges the difficulties she’s faced over the years, but after realising that “every tear has been a lesson”, she’s now at peace with herself and found her smile again. Armed with a soaring chorus, this is a hopeful anthem which will resonate with anyone who’s faced the worst but has come out stronger on the other side.

Yeah, I’m thankful
Scratch that, baby, I’m grateful
Gotta say it’s really been a while
But now I got back that smile

Chatting to Roman Kemp on Capital FM, Katy spoke about the meaning behind the song and how it symbolises the themes of the entire album. “It says in the lyrics everything that the album embodies, which is hopefulness, resilience, joy, love, and that whole journey,” she said.

“That’s why it’s the opus of the record. That’s why it’s called ‘Smile’ – because it’s as simple as the fact that I lost my smile and couldn’t get it back. I got it back obviously, but you can tell so much about someone when they smile, or they don’t smile, or they force a smile, or they’re not smiling with their teeth, or it’s fake. You can just read a person.”

Listen to ‘Smile’ below.

During her interview on Capital FM, Katy also conformed that she’s been filming a music video for ‘Smile’ so keep your eyes peeled!

‘Smile’ is the title track from Katy’s forthcoming album, which is due for release on August 14. Whilst the tracklist has yet to be unveiled, according to Apple Music the standard edition will be made up of 12 songs, including the previously released ‘Never Really Over’ , ‘Daisies’ and ‘Harleys in Hawaii’. A few of the items in Katy’s merch store also look like they could be named after new songs – we don’t have too long to find out for certain!

Smile is available to pre-order now.

What do you think of ‘Smile’? Are you excited for a new Katy Perry album? Let us know on Twitter @CelebMix