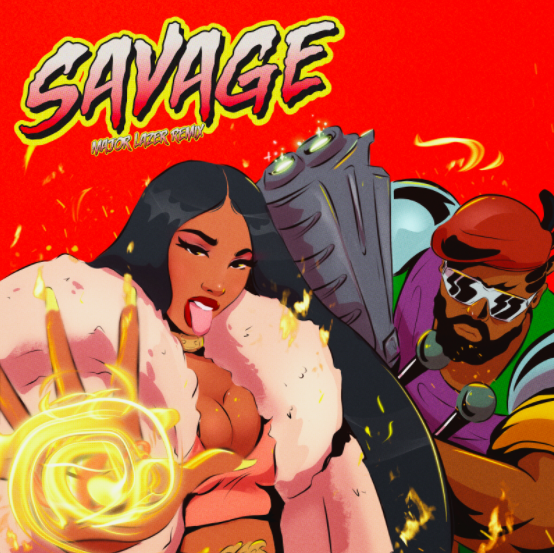 A few weeks ago, Megan dropped a remix of ‘Savage’ featuring none other than fellow Houston native Beyoncé in aid of The Bread of Life, Inc., and now we’ve been treated to Major Lazer’s take on the track.

Bringing Ibiza vibes to the track, ‘Savage’ has been transformed into a deep house offering, with Major Lazer adding a club edge to Megan’s fierce rap anthem.

Take a listen to the Major Lazer remix of ‘Savage’ below.

After going viral on TikTok, it’s been almost impossible to avoid the juggernaut that is ‘Savage’ and in recent weeks, the track has been climbing up music charts around the world.

‘Savage’ is currently in a chart battle to top this week’s Billboard Hot 100, against Doja Cat’s ‘Say So’ which also went viral on TikTok. On the other side of the globe. ‘Savage’ has hit a new peak of number three in the UK, marking her highest charting single to date.

With ‘Savage’ garnering millions of videos on TikTok, Megan herself has also joined in the fun by dancing to the Queen Bey remix version of the track.

Lmao it took me half the damn day to learn this one ??? ima try it again later but I’m tired ? #savageremixchallenge ??

The Major Lazer remix of ‘Savage’ is available to download and stream now.

What do you think of the latest ‘Savage’ remix? Let us know your thoughts on Megan Thee Stallion on Twitter @CelebMix