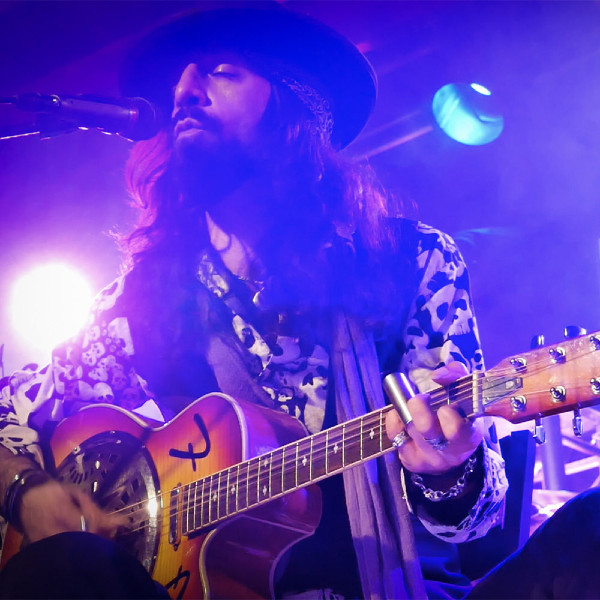 Pittsburgh-based roots/blues singer-songwriter Domenic Fusca introduces his new single/music video, “Finding the Reel,” a track from his upcoming EP, Chasing The Song, via The Vault Records.

Domenic explains, “I wrote this song while in the process of recording my EP. I was in a good head-space and feeling inspired. This song talks about my travel—packing up and starting over and finding love and positivity through the darkness. It’s one of those songs where the mood feels like it’s on the verge of some epiphany or answer to pain or inner struggle. I always look for light, even with sad songs.”

Twenty years ago, Domenic left Pittsburgh to pursue the elusive Delta sound and ended up in New Orleans’ French Quarter, where he performed almost every night, living his dream. Then the pandemic hit, closing everything down. So, he headed back home to Pittsburgh, where old friends and musicians welcomed him.

One of those that welcomed him was bassist/producer Anthony “Rocky” Lamonde. Rocky asked Domenic if he had any new material. One week later, Rocky informed Domenic he was going to be his record producer. Laying down tracks with the Borstal Boys, Rocky’s band, Bob McCutcheon showed up and signed Domenic to The Vault Records.

Domenic Fusca has it going on! Simultaneously easygoing and bewitchingly expressive, “Finding the Reel” reaches into listeners’ hearts.