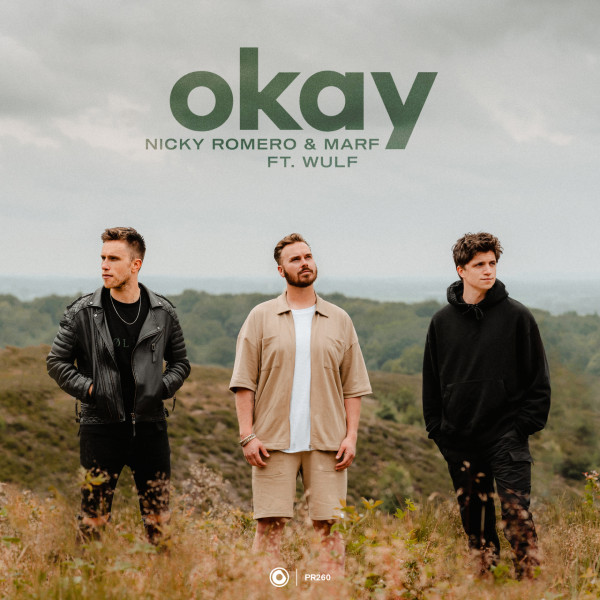 Dutch DJ and producer Nicky Romero joins forces with fellow Dutchmen MARF and singer-songwriter Wulf to release the lyric video for “Okay.” Released via Protocol Recordings, the song is about keeping a vigilant eye on those closest to your heart.

Talking about the song’s significance, Nicky shares, “When it comes to the writing and production process, ‘Okay’ was a very special track to work on together with MARF and Wulf. For me, it has become a song close to my heart. During these extraordinary times, the people that are close to me became more important than ever. The message behind ‘Okay’ that we want to spread is that we should check on the people around us more often whether or not things are ‘okay.’ We should show them that we are there for them when they need us. Every line in the song has a deeper meaning, and I can’t wait to perform it live.”

MARF explains, “Lately, I feel that the people around us tell each other they are okay, while actually, they’re not. We hope that they can open up a little bit more about how they really feel after listening to “Okay,” because no matter how you feel, it is okay!”

Nicky Romero exploded on the music scene in 2012, releasing “Toulouse,” followed by MTV citing him as an artist to watch and a residency at Ibiza with David Guetta. With Avicii, he dropped “I Could Be the One,” which topped the charts in the UK, followed by “Symphonica” and his collaboration with Krewella, “Legacy,” achieving the number one spot on Beatport.

The advent of the pandemic saw Nicky debut his live stream, Another World, as well as unleashing his alter-ego Monocule.

On his part, MARF’s single, “Sweet Mistake” with KAAZE collected seven million streams, followed by teaming up with Tungevaag and Sick Individuals on “Miss You,” accumulating more than 11 million streams.

Along with seven smash hits, Wulf collaborated with Sam Feldt and Lucas & Steve on “Summer On You,” accruing more than 70 million streams, followed by dropping his 2019 debut album, featuring the red-hot single, “Mind Made Up,” which amassed over 25 million streams.

“Okay” opens on a graceful piano rippling with warm colors topped by Wulf’s deluxe tenor, imbuing the lyrics with passion and affectionate flavors. When the rhythm kicks in, the harmonics deliver dazzling layers of dance energy, at once gleaming and luminous.