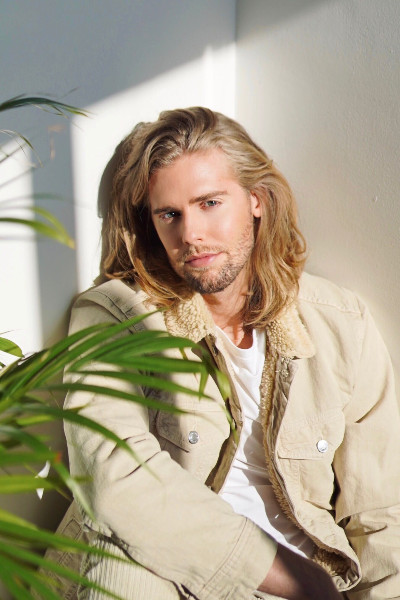 Electro-pop artist Barrett Crake unveils the music video for “Make a Move,” filmed and directed by renowned video guru Danny Lockwood (Katy Perry, Sam Smith, and Halsey). Lockwood shot the video on his iPhone while on a road trip during quarantine.

Inspired by Crake’s previous anxiety-induced creative block, “Make a Move” is his persona clarion call to listeners to generate constructive adjustments in their lives and, finally, “Make a Move.” The song signifies Crake’s triumph over his pattern of over-analyzing prior to committing, thus precluding the merry-go-round feeling of being trapped.

Explaining, Crake says, “I wanted to write a song to remind myself and others that making zero progress is more painful than occasionally making the wrong decision. It’s more important than ever during tumultuous times to listen to that gut feeling. It’s never too late to start changing your life for the better. One small step at a time is better than no steps at all.”

Utilizing the internet and remote studios, Barrett Crake has developed a network of collaborators spanning the globe, eschewing the services of a label or manager. Hooking up with producers like Nick Ribbens in Amsterdam and Mauve in Berlin, he’s established his unique sound, a blend of EDM and pop flavors.

He broke out with his 2017 remix of Corona’s single, “Rhythm of the Night,” which has collected more than 1.5 million streams, hitting the number two spot on Germany’s dance charts, along with attracting legions of international fans.

The gorgeous video provides expansive panoramic shots of hypnotic beauty, as well as elevated scenery filmed from an air balloon.

“Make a Move” is superb, chock-full of glossy dynamics and burnished sonic coloration, all capped by the seductive voice of Barrett Crake.