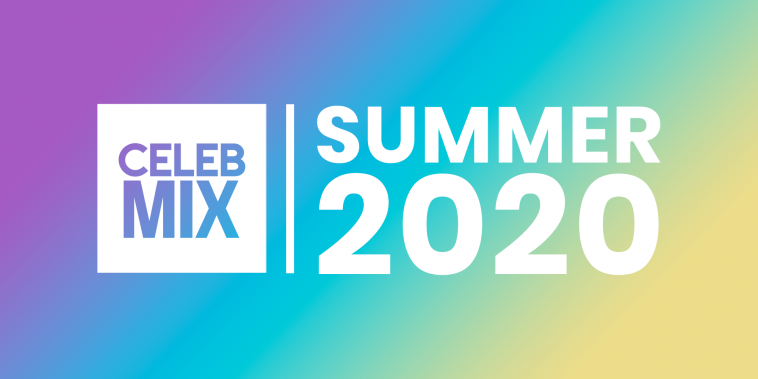 We can all agree that 2020 has been the absolute weirdest, and worst, year so far. It seems like everything that could possibly go wrong has and that every time we try to be positive and think to ourselves “maybe things will turn around soon“, life comes knocking on our front door to punch us in the face. Well, here at CelebMix we have decided to ignore the negativity for a short while and instead celebrate everything that has made us happy this quarantine.

Let’s face it: The summer of 2020 has been kind of a bust. Most of us have been dreaming of sunny holidays while isolated from our friends. We have spent all summer (hell, all quarantine) watching, and then re-watching, all of our favourite binge-worthy shows just waiting for something good to happen in the world. And it did. Taylor Swift decided to bless us all with the masterpiece that is ‘folklore’. Was is it the upbeat record filled with bops we can dance to with our friends until 3 am that we usually expect pop singers to release during summer? No. But was it everything we ever needed and so much more? Absolutely. Thank you, Taylor Swift, for giving us an album that can tear out our heart and shatter it into pieces while simultaneously putting it back together and wrapping it in a warm, fuzzy blanket. Unsurprisingly, ‘folklore’ broke several records and we are positive that it will be remembered as one of Taylor Swift’s best albums of all-time.

A few months ago, CelebMix turned five years old. That is approximately the same amount of time that One Direction has been on hiatus (give or take six months). Yet, One Direction is still one of the most covered bands on our website. Why? Because we have an astonishing talent for holding on to the past. Also, One Direction may be on a break (not broken up, Ross), but that doesn’t mean that we have forgotten their existence – and neither have their fans. Over the past 10 years, Directioners have proven to be one of the most loyal, dedicated, and sometimes scary fanbases. And we say that in the most loving way. One Direction has the kind of support that most artists dream of. The fans are still here 10 years later despite solo projects, hiatuses, and fandom drama. Directioners will always go the extra mile when it comes to promoting the band’s music, including their solo projects, and they have become known for being heavily involved in charity work just like their idols. With the love that One Direction’s fans still have for them, it is no surprise that the 10th year anniversary of the band’s existence was a huge celebration. We cried, we laughed, and then we cried some more while reading posts from Harry, Niall, Louis, and Liam going down memory lane and remembering their time together. If watching old ‘funniest 1D moments’ videos on YouTube until 2 am makes us crazy… Well then that’s exactly what we are and we wouldn’t change it for anything in the world. Thank you for the past 10 years, One Direction: We love you. Please reunite soon.

The release of Hamilton on Disney+

Back in May, Lin-Manuel Miranda and Disney announced that the world would be able to watch ‘Hamilton’ much sooner than anticipated – thus curing a small fraction of our quarantine blues. Originally set for a 2021 release, the live recording of the critically acclaimed Broadway musical was released earlier as a response to the huge impact that the COVID-19 pandemic had on the film and performing arts industry. Everyone who was lucky enough to witness the original cast live was once again reacquainted with the performance of a lifetime; although nothing will ever beat the magical moment of sitting in a theatre watching a piece of art unfold on stage, this surely comes close. For all of us who have spent the past five years listening to the soundtrack and watching bootlegs on the internet (we just couldn’t help ourselves), watching ‘Hamilton’ almost felt like a dream. The narrative, the songs, the staging: it was all extraordinarily magnificent. Although it seemed like a risky choice to push forward the release date over a year and have it premiere on a brand-new streaming site, it surely paid off. The release of ‘Hamilton’ increased the app downloads for Disney Plus with 74% in the US during the opening weekend. It is safe to say that we will be watching it a couple more times (or 10) this year.

In the early stages of the lockdown, Disney decided to treat us all to a spectacular sing-along, which featured performances by Christina Aguilera, Jordan Fisher, and the majority of the cast of High School Musical (we’re looking at you, Zac Efron). However, it was Ariana Grande that stole the spotlight when she brought Megara to life while performing ‘I Won’t Say I’m In Love’ from Hercules. Not only did she sing the lead, she also portrayed all five of the muses, therefore performing a perfect six-part harmony in the video that she recorded on her iPhone. Did this cure anyone of the coronavirus? Perhaps not. But it did bring us a little light during an otherwise dark time when the world needed it the most.  It is astonishing how much joy simple two-minute videos of celebrities singing Disney songs from their own homes can give to people. For one night, we were all connected through the power of Disney and our love for music.

What were your favourite quarantine pop culture moments? Let us know in a tweet!