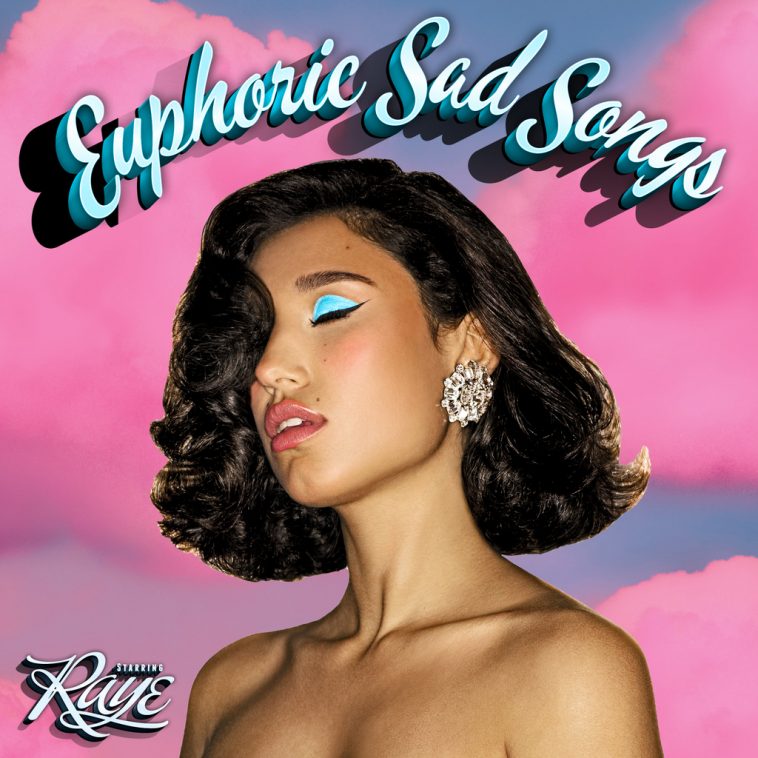 RAYE has surprised fans with the release of her mini album Euphoric Sad Songs. The project has been in the works for the last year and to the delight of fans the full release has been shared.

The singer-songwriter said about the mini album: “This project explains the nine stages of grief. The first song is a really dramatic, confused power ballad, and then we progress through to the last song when you finally say with your full heart that you’ve healed. I’m very proud of this work and I can’t wait for everyone to hear all the tracks. I hope everyone enjoys this slice of me.”

Comprised of nine tracks, it includes previously released singles Love Me Again which starts the release at the stage when you’re desperately trying to win back an ex. Second single Please Don’t Touch sings of the vulnerability when feelings aren’t reciprocated with a signature disco-pop edge added. Secrets with DJ Regard was the third single to be released from the mini-album. Becoming a fan-favourite Natalie Don’t; described as the modern-day Jolene (Dolly Parton) sees RAYE trying to come to terms with another woman coming between her relationship. Current single Love Of Your Life sees RAYE being honest about her own faults but also why she could be the greatest thing to happen to anyone’s life too. It’s pure pop perfection.

Completing the track listing is Change Your Mind, Regardless, All Dressed Up and Walk On By. Change Your Mind an upbeat, incredibly emotive track singing of wondering where it went wrong and the struggles to accept that it has. Sampling iiO’s Rapture, Regardless sees RAYE team up with Rudimental, for this club-dancefloor worthy track. Showcasing RAYE’s stunning, captivating vocals is All Dressed Up. The ballad is incredibly honest and the ‘that was intense‘ outro sums up exactly how listeners will feel after hearing the track. Heading towards the end of the mini album and overcoming the journey of grief is Walk On By, showing a happy, rebirthed new person who is able to cope without the person they were initially trying to win back. If you’ve been through heartbreak but are coming out stronger then this is the anthem for you.

Euphoric Sad Songs is exactly that; a collection of ultimately sad songs about a relationship ending but with a positive twist scattered throughout them resulting in a powerful ending about being stronger following the heartbreak.

RAYE has also been busy teaming up with Jax Jones and Martin Solveig on their hit Tequila. Many of you may already know RAYE for her song writing work as it’s likely she’s written some of your favourite tracks having written for the likes of Charli XCX, Little Mix, Jax Jones and Ellie Goulding. She also co-wrote Bigger for Beyoncé, taken from the global star’s Lion King inspired album The Lion King: The Gift.

RAYE has so far achieved an extraordinary amount of success including amassing over one billion streams across her music. But now is the perfect time to listen to pay attention to RAYE as a star in her own right with the release of Euphoric Love Songs.

Euphoric Sad Songs is out now, you can stream it below or check it out HERE.

Let us know what you think of Euphoric Sad Songs over on Twitter @CelebMix!