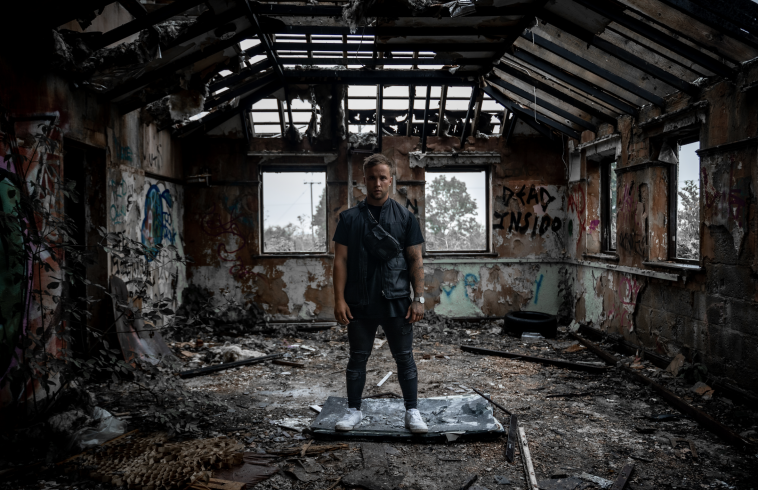 We have a brand new single and music video from Sam Callahan, titled “Demons”. This track really showcases how far he has come as an artist and this is one track that not only gives us chills but is something we fully relate to. This release follows up his previous single “Something To Prove“.

Sam Callahan has been in the music industry for a number of years now and we’ve been following him ever since. He’s best known by many as being a contestant on the tenth series of The X Factor, where he placed seventh. He has dipped into various music genres and has since dropped some amazing tracks. We love the direction he’s been heading in the past few years with “Burns Like Fire“, “Say Something“, “Stitches & Scars“, and “Something To Prove“. We spoke to him about his last single in an exclusive interview and although it has been a tough year for many, Sam Callahan has managed to drop some of his most honest and powerful tracks to-date.

According to Spotify, this song has been written by Sam Callahan and Jamie Sellers, with the latter acting as producer of the track. The accompanying music video has recently been dropped today and has been directed and produced by Jake Pursey of Pursey Productions.

“Behind all of us is a story and a past that has made us into who we are today, and I’m really excited to be able to share mine with those who’ve supported me through it, in releasing my new single, ‘Demons’,” said Sam Callahan. “Since 2013, I’ve grown in so many ways, and dealt with a lot of issues that have influenced my life a lot and also the decisions I’ve made; but it all started a long time ago, way before anyone had any idea who ‘Sam Callahan’ was. Being able to address a lot of this, and openly and honestly confront my own ‘Demons’, as well as those I’ve experienced second hand through people I once trusted and regarded as close to me, is a super therapeutic and cathartic experience.”

Watch The Music Video To “Demons” By Sam Callahan Here:

Quite possibly one of his best songs lyrically and structurally, “Demons” really allows Sam Callahan to shine in all the right ways. His voice is superb throughout and contains such a connection to the words that we can literally feel his passion and emotion within the track. In the bridge to the chorus, Sam Callahan impresses with his brilliant falsetto, touching us deep within, before the deep house inspired chorus is unleashed. The beat is addictive and has a dance vibe running throughout the awesome pop number. The lyrics paint a story of a friendship and/or relationship filled with toxicity, and the conscious decision to walk away from that, even if it is tough. This is something we can all relate to.

The music video is set in an abandoned building and sees Sam Callahan perform the track, giving it his all. He’s in the zone within many of the scenes as if he’s personally singing the song to the person the track is about, which hits the audience with integrity. It’s clear that this song means a lot to him and he makes us feel exactly what he’s feeling, easily. Towards the end of the visual, he takes his frustration out on a TV, smashing it to bits with a baseball bat.

“Demons” by Sam Callahan is available to download and stream right now, via Sagaris Records.