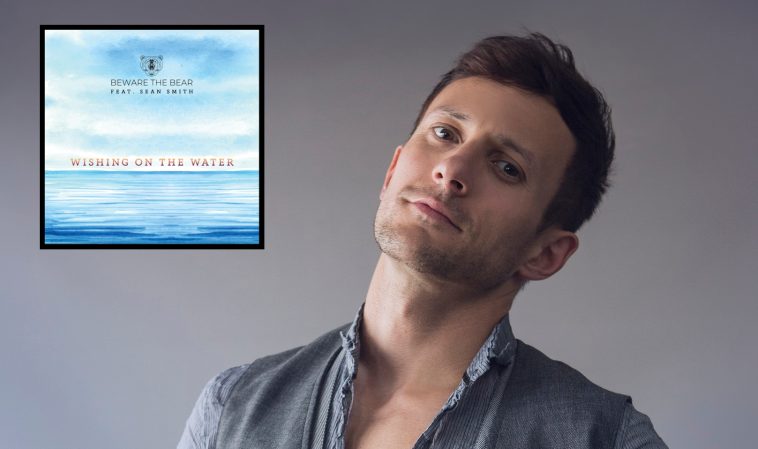 They’ve teamed up for the second time and we are obsessed with this new song, Beware The Bear and Sean Smith collaborate for new track “Wishing On The Water”, and also dropped an accompanying music video. They previously released the song “Show Me Love” together, last year. This song follows up Beware The Bear’s single “Hummingbird” which featured Archie McKeown and Sean Smith’s debut album Solo, as well as his charity single where he reformed with his sister Sarah for Same Difference’s first release in 10 years, “One Life, One Love” which also featured the Students From SD Studios.

Beware The Bear are a four-piece band hailing from Portsmouth, UK, consisting of Ben Whyntie, Neil Elliot, Tom Cattermole, and Russell Edmonds. They’ve been building up their music career with their recent releases and it’s exciting to see what they’ll release next. Their first single, “Show Me Love“, which was a collaboration with Sean Smith, was even used in the BBC TV series MotherFatherSon which starred Richard Gere. Since then, they’ve gone on to release more music and we’re excited to see them continue their trajectory.

Sean Smith has gone on to build a great solo career for himself since Same Difference parted ways. He previously released singles “Turn Me On“, “Magic”, “Fire“, “Do Or Die“, and “Summertime” – all of which appear on his recently released debut album, Solo. We also exclusively interviewed him, last year, about “Do Or Die”, where he also mentioned that he was working on this debut album. He has also collaborated with a few other artists including Peter Wilson on his single “Verona” which is a cover of the Koit Toome & Laura track of the same name that represented Estonia in the Eurovision Song Contest 2017; Ben Davidson on his album track titled “Dirty Mirrors” which later got a remix EP; and Beware The Bear on their single “Show Me Love“, which is his most streamed Spotify song to-date. We’re excited to see where his music career takes him next.

Written by Ben Whyntie, Tom Cattermole, Russell Edmonds, and Neil Elliott, this song is set to get stuck in your head from the minute you play it. The song was recorded at The Old Blacksmiths Studio in Portsmouth, and the video sees the band members and Sean Smith all recording the song separately.

In a video posted on Sean Smith’s Facebook page, Russell Edmonds stated that he wrote the song while he was sitting on the side of a pool and thinking about his wife, who was pregnant at the time, and hoping that his future son or daughter would be a healthy and happy baby.

The song is one addicting and unforgettable track. Beware The Bear impresses to no end with the brilliant melody and rhythm of the track. Their instruments fuel the entirety the song and we’re glad we can watch them play, in the music video. Sean Smith shines with his vocals, and he really has connected with the track perfectly, with the audience believing every word he sings. This is one stunning track that deserves to go viral. It really has been stuck in our heads all week.

The music video captures the making of the song, and it’s interesting to watch as a viewer as you can see how much passion both artists have put into this track. We also love Sean Smith grooving away to the beat of the song during the instrumental – he clearly loves the rhythm of the track as much as we do.

“Wishing On The Water” by Beware The Bear featuring Sean Smith is available to download and stream right now, via SP Music.

What do you make of Beware The Bear’s new single “Wishing On The Water” featuring Sean Smith? Let us know on Twitter @CelebMix.