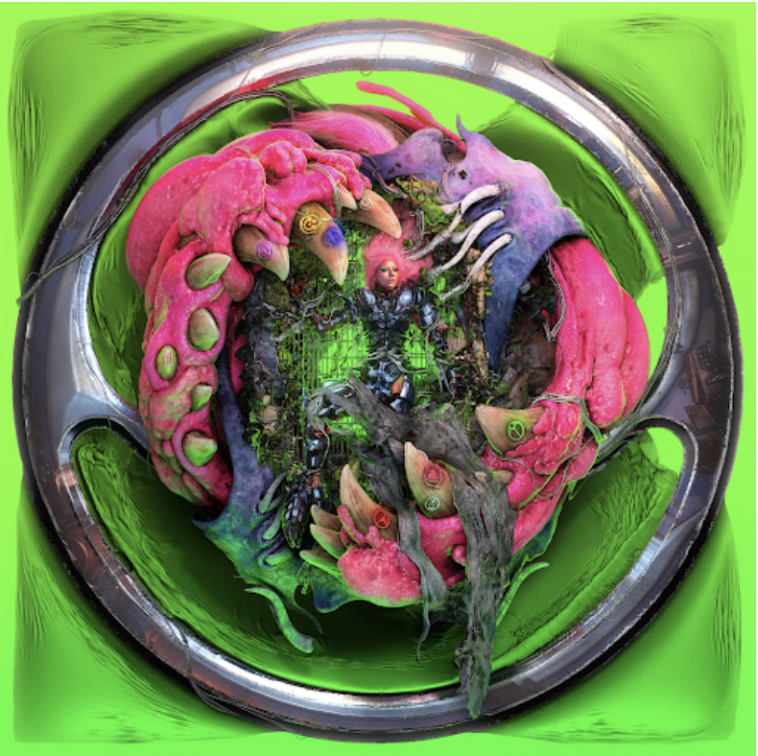 Dawn of Chromatica is out today

The world’s worst kept secret has finally been unveiled as Lady Gaga debuts her Dawn of Chromatica remix album.

For weeks collaborating artists have been teasing their involvement in the project which sees Gaga hand over control of her sixth studio album to like-minded artists.

The result is 14 tracks lasting 50 minutes long that span the pop spectrum and shine a light on some of the industry’s most talented stars.

Dawn of Chromatica was headed up by serial producer Bloodpop and sealed with approval from Gaga, who sees her vocals pulled from one place to another by over 25 collaborators.

On release, Gaga wrote on Instagram: “I invite you to dance to this album in celebration of young artists all over the world.

“Artists who see the world, feel the world, and put that feeling into something bigger than all of us: music. All love, LG.”

With so many dishes to choose from on the smorgasbord of pop, CelebMix helps you out by picking the five remixed tracks you have to listen to.

When Charli XCX and A.G. Cook swing, they never, ever miss.

On the surface, it’s XCX’s rip-roaring verse that stands out on the ‘911’ remix as her auto-tuned lyrics sizzle on top of the single’s raucous production.

However, although he main remain voiceless, it’s A. G. Cook’s production that screams the loudest here.

The producer’s dreamy synths effortlessly give way to the daring underground sound that made his world collide with XCX’s years ago in a real explosion of futuristic pop.

You can just picture it: a smirking Dorian Electra downloading the stems to ‘Replay’ as they crack an ominous grin and rub their hands with glee.

Electra has exploded onto the hyperpop scene ever since featuring on XCX’s Pop 2 and has made a name for themselves ever since as an avant-garde rule breaker.

Fans of Electra will have become accustomed to expected the unexpected, around every corner is a switch in genre or ear-shattering sound effect.

Those trademarks are out in force on ‘Replay’ as the singer echoes their performance on 2019 single ‘My Agenda’ to muse over punching guitars.

“Not everything lands, however,” Wonderland right about ‘Sine From Above’ which they throw away as “a case of too-many-cooks”.

However the fact that ‘Sine From Above’ has the critics, and many pop fans, rattled means that Chester Lockhart, Mood Killer & Lil Texas’ point has very much landed.

The trio move in the same circles as the likes of Dorian Electra and Pussy Riot and the only time they picked up the pop songwriting bible was to lob it a million miles away.

The ethereal ‘Sine From Above’ is ransacked into a cornucopia of dubstep, horns and distorted vocals for four minutes of chaos.

Songwriting like that simply isn’t meant work in pop music… That’s the statement Lockhart, Killer & Texas have been poking holes in for years, and long may they continue to do so.

Ashnikko oozes confidence as she opens ‘Plastic Doll’ with her instantly recognisable voice.

The rapper has had a phenomenal success story over the last 18 months, enjoying explosive success on TikTok during the pandemic – she was recently reduced to tears at a festival when a crowd brought that online frenzy to real life. Ashnikko is a star on the rise.

Her take on ‘Plastic Doll’ will further that cause too. The track now sounds like an Ashnikko single with Gaga’s choruses just serving to knit together some of the rapper’s best verses of her career.

Whatever Rina Sawayama touches turns to gold, but when Clarence Clarity is involved as well it turns stratospheric.

The duo are familiar partners in the studio and also worked on Sawayama’s raucous cover of The 1975’s ‘Love It If We Made It’ last year.

On ‘Free Woman’ Sawayama lets her vocals soar as she adds swinging guitars to the track’s pop origins – this is the woman who gave a second birth to nu-metal after all.

It’s no surprise the star has been cherry-picked to feature on Dawn of Chromatica either.

Sawayama has broken ground for her genre-bending sound, is an outspoken member of the LGBTQ+ community and recently got the BRIT Awards to re-think their nomination rules.

Are you loving the Chromatica remix album? Let us know @CelebMix on Twitter.