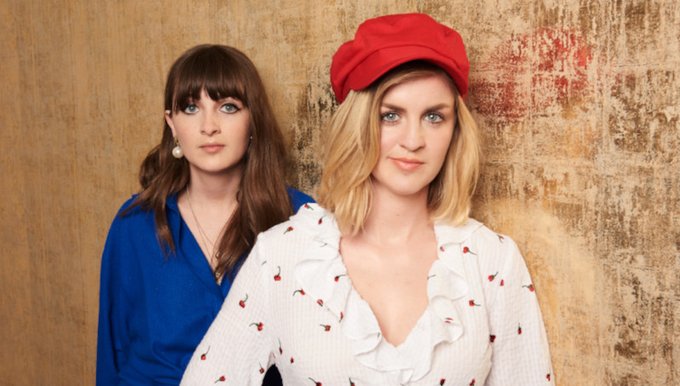 Fresh from the news that their forthcoming UK Unfiltered tour has been rescheduled for this coming September due to Coronavirus (Covid-19) global pandemic, Britsh record-making country crossover duo Ward Thomas have announced that they will be releasing a brand new single this Friday.

The track titled ‘Painted Legacy’ was premiered by the twin sisters last September during The British Country Music Festival where they headlined the second day of the dedicated country music festival in Blackpool.

The heartfelt and poignant track drew a huge response from the adoring crowd that night and it was clear that it would be released at some point – it’s also a clear indicator that we can expect further honesty from their upcoming fourth studio LP which Ward Thomas are currently working on.

The stripped-back ballad is one that is very close to the sisters Catherine and Lizzy’s hearts as it inspired by the heartbreaking passing of their beloved uncle who is the father of their dear cousin Libby.

Telling the sweet story of how he was a doting dad to Libby and a loving grandfather to her children before his sad passing, it’s a song that will strike a chord with many who have lost loved ones and acts as a sweet reminder to always live your life with love as that is the legacy you will leave behind when you’re gone.

The track will be officially released this Friday, April 3rd via streaming and download platforms across the internet so be sure to give it a listen when it drops.

Are you excited for Ward Thomas’ brand new single ‘Painted Legacy’ this Friday? Let us know your thoughts across social media!