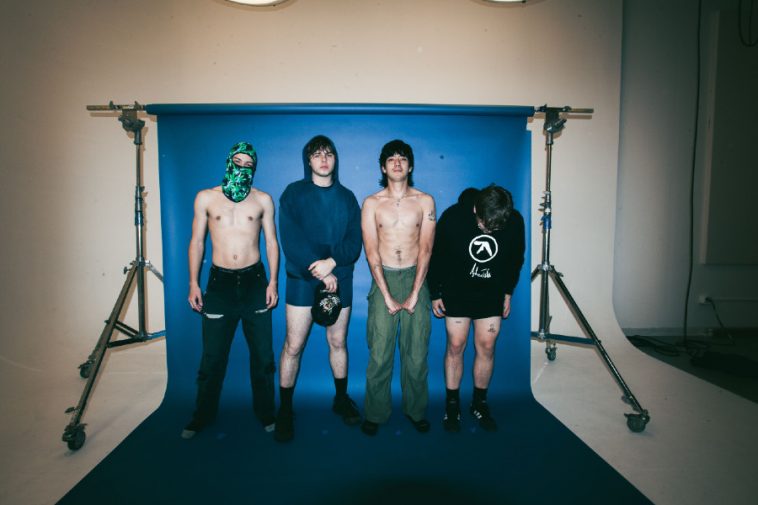 Talking about the song’s origin, James Ivy shares, “‘Chicago Loop’ was a song born from an ironing board acting as a makeshift desk and a Bluetooth speaker in a hotel room in Chicago. Me and the boys had flown out to Chicago for Lollapalooza, and it ended up being the biggest let-down of a weekend ever. Me and the boys started a song purely off of the desire to make sure the weekend was not a complete waste. The lyrics, that were mostly freestyled on the spot, ended up being an ode to this feeling we had this weekend, of being at a shitty party and being like ‘let’s get outta here.’”

While Wavedash adds, “Jimmy (James Ivy) has been one of our best friends for over 8 years now. During that time, we’ve grown up together and came into our own as artists. We help each other out with everything, whether it be Jimmy lending his voice to us or Me, Michael, and Gavin lending Jimmy our production skills. When we made ‘Chicago Loop,’ we thought it was just another one of the hundreds of songs that would never see the light of day, but thanks to the overwhelming response from fans we are unbelievably excited to share it with you guys.”

“Chicago Loop” opens on swirling, luminous tones and then transitions to a gleaming tune exuding flavors of hip-hop, with hints of alt-pop. A snapping rhythm gives the song a syncopated cadence as smooth, velvety vocals imbue the lyrics with creamy nostalgia. Then the harmonics shift a bit, adding savors of dance push.