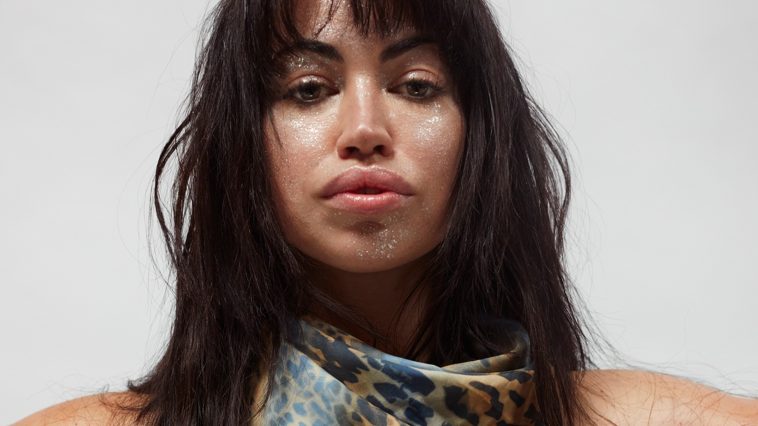 “The journey from heartbreak to hope is now complete!”

Danish megastar Aura Dione (“Geronimo”, “I Will Love You Mondays”) returns with a stunning new ballad and the dramatic conclusion to her “Fearless Lovers” era.

The new release is titled “Colorblind” and follows upbeat predecessors “Shania Twain” and “Sunshine” among others. Three days before the release, the singer took to her social media channels to explain the special meaning of the song to her.

“Colorblind” was the first song written for her new era but – as things tend to – the best always comes (out) last. The track marks the dramatic beginning of a puzzle, the puzzle of how and why a relationship has failed and how one can recover after it.

“Colorblind” details this first part with strong and pointed lyrics: “I wanna know what your eyes have seen / Did you go between her legs and look up closely / When did it all begin?“, Aura Dione asks at the beginning until deciding: yes, I was betrayed but it is time for me to let go and look forward. Delicately produced and filled with an ever-increasing orchestrated crescendo, “Colorblind” is a power ballad like no other from a powerful woman like no other.

Paired with the audio release, Aura Dione has also debuted her brand new video to “Colorblind”. Watch it here:

Also be sure to stream the entirety of the “Fearless Lovers” EP right here to complete the puzzle and see how much “Sunshine” Aura now has in her heart:

“Fearless Lovers” is now available to purchase and stream on the digital retailer and streaming platform of your choice. It was released via Aura’s own label “Queen of Hearts” under exclusive license to Warner Music.

What do you think about the “Fearless Lovers” EP? Let us know your thoughts, either on Twitter @CelebMix or on our other social media channels.