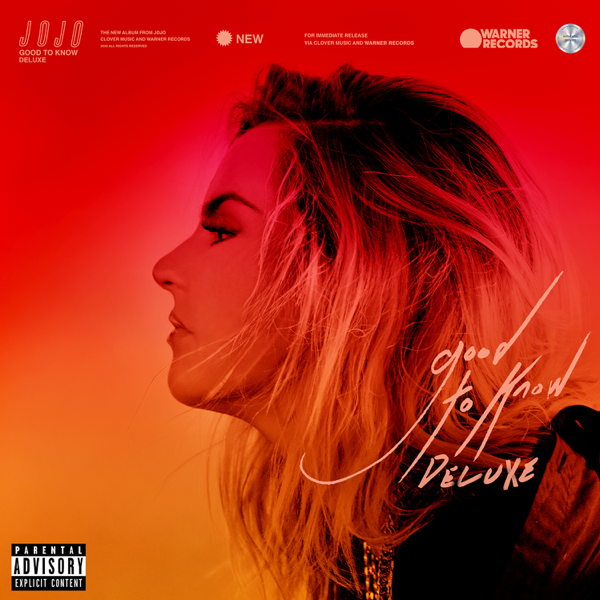 JoJo, real name Joanna Levesque, is best known for her hit singles in the 00’s with the likes of “Leave (Get Out)” and “Too Little Too Late”. She dropped two albums in her early years which charted globally, JoJo and The High Road. On top of that, she launched her acting career making her name known in the likes of Aquamarine and RV. Things then started to die down as her record label refused to release a third album, even though JoJo kept sending completed LPs their way, and so she released Mixtapes instead to get her music out into the world, with the likes of Can’t Take That Away From Me and Agápe. She also appeared in the film G.B.F. and guest-starred in House of Glam and Hawaii Five-0. After a lawsuit struggle to get out of her contract with the record label that wouldn’t release her third album – which she went into detail about in a candid interview with UPROXX, she was finally able to officially release music signing with Atlantic Records, which is where we got her tringle, which were “When Love Hurts“, “Say Love“, and “Save My Soul“, as well as two EPs, before starting her third era which saw her release the “F**k Apologies” featuring Wiz Khalifa, “Music.”, “FAB.” featuring Remy Ma, and her third album Mad Love. Away from Atlantic Records and in response to her first two albums not being available on download and streaming sites, JoJo re-recorded those two albums and the singles “Disaster” and “Demonstrate” and made them available for us all to download and stream releasing on her own record label Clover Music in connection with Warner Bros. Records. This year, JoJo geared up for the release of her new album good to know by dropping new singles “Man” and “Lonely Hearts”, which follows up the previously released singles “Joanna” and “Sabotage”; and the new album showcased to the world what we’ve been missing all this time, and now this deluxe version has heightened that. We also managed to interview her about her upcoming fourth studio album, exclusively on CelebMix.

Check Out Album Review Of The Standard Edition Of good to know By JoJo For The 11 Original Tracks:

We’ve been so excited about this collaboration since it was first announced, the whole idea of JoJo and Demi Lovato on a track together blew our minds, but we weren’t prepared enough. Demi Lovato adds a good solid vocal to the track and adds the sense of girl power to the song too. Their harmonies heighten this track up to its true potential. JoJo is a force in the music industry with her vocals, and it’s difficult to beat the original version of the solo track, but this duet is truly unforgettable. Now we just need these two awesome singers to perform the song together on a stage – that’ll be something we wouldn’t want to miss!

On the standard digital version of the album, this song features Tory Lanez & 30 Roc, but for the deluxe version, JoJo has released the solo version of the track, which can also be heard on the CD standard version. This is one fierce track as a solo song, really allowing JoJo to fully shine in a slowed-down R&B number that is full of sexual desire. We can’t help but love this solo version!

A chilled R&B track about kissing a friend and playing with his head and just having a bit of fun and chill, “Kiss” is such a mood of a track. Its relaxed vibe is felt within our bones as JoJo impresses with her riffs and her incredible falsetto which really allows this song to stand out for all the right reasons. It’s a short simple track but one that we’ll be listening to on repeat for a while.

JoJo said that Tinashe went hard on this track, and gosh did she mean it! “Love Reggae” is all about making love, sexually charged throughout with JoJo and Tinashe bringing the fire in more ways than one. Vocals are on-point, as ever, and yet they explode with harmonies that make this song truly epic. The track is giving us the late ’90s / early ’00s R&B vibes refreshed into JoJo’s current style. This is a superstar track and deserves success all around the world.

JoJo’s soulful voice really shines on this track, and it’s no surprise that they used this as the promotional single for the deluxe version because the song would fit nicely on the good to know standard edition but also shows why it wasn’t. That third verse is absolute perfection and JoJo fully brings it for this song. We also adore the incredible music video that you need to check out right now.

A more of an experimental ballad-type of song, “X (1 Thing Wrong)” is a grower of a track and is likely to not make an impact on the first listen but after a while, you’ll end up loving it. JoJo sings about her ex and how he did one thing wrong by giving her up. It’s got this sad emotion attached to it which we can subtly hear in her confident and sexed-up tracks on the album and that’s what makes this one even more special. Strong and powerful, this track is one we will totally remember from this album.

Ending this album is “In Your Room”, and to follow “X (1 Thing Wrong)” to end this collection of tracks, makes this track even more important. This is JoJo on-form, bringing positivity in a world where a lot of people aren’t all right and she makes us all realise that during this time we need to do the things that make us feel right and that makes us feel like everything’s all right. It’s an uptempo number that will surely get you grooving along as she sings about being in someone’s room and doing what they want to do, together. This is a perfect track to end the deluxe album with because it is upbeat, addicting, and certainly makes us want to re-listen to the whole album again.

Overall, this deluxe version of good to know fully allows JoJo to shine. The additional tracks add extra fire to an already awesome album. The Demi Lovato and Tinashe collaborations are absolutely brilliant and bring some girl power to this album. JoJo’s career may have stalled after The High Road but she is back on top form and 2020 has been such an incredible year for her, we cannot wait to see what she does next.

good to know (Deluxe) by JoJo is available to download and stream right now, via Warner Records Inc. We are hoping that she releases signed CDs of this deluxe version on her store, and signed CDs of the acoustic version too, we need them both in our lives.

What do you make of the deluxe version of JoJo’s fourth studio album, good to know? Let us know on Twitter @CelebMix.