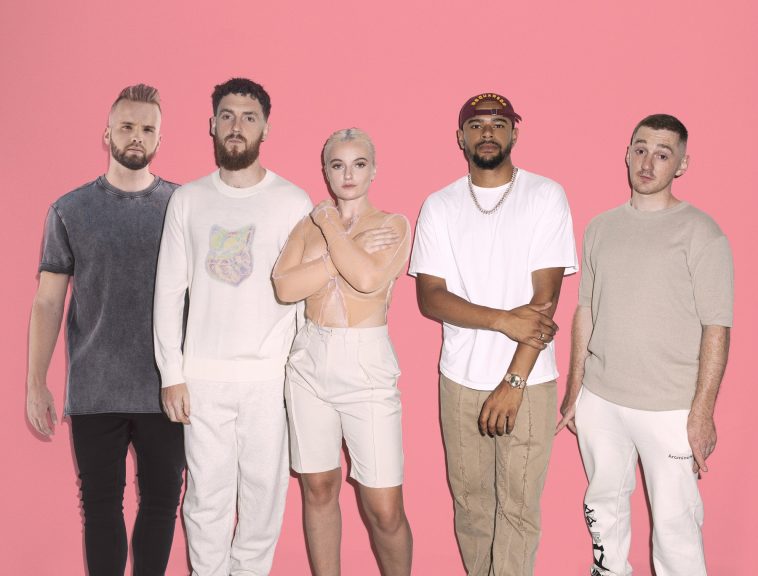 Grammy Award-winning trio Clean Bandit have unveiled the music video for their latest single ‘Drive’ which sees them team up with German/Croatian DJ Topic and R&B artist Wes Nelson.

Directed by Dan Massie, the vibrant visual follows Wes as he embarks on an otherworldly drive through the night. The scenes are intertwined with shots of Clean Bandit and a host of partygoers living their best lives.

The visual perfectly captures the upbeat nature of the track, which is laced with pulsating beats and glossy strings. A surefire summer anthem, you can expect to hear much more of ‘Drive’ over the coming months.

‘Drive’ is the latest single from Clean Bandit, made up of Grace Chatto, Luke Patterson and Jack Patterson. It follows on from ‘Tick Tock’ featuring Mabel and 24kGoldn, and ‘Higher’ with iann dior.

The track is also the newest offering from Topic, who recently enjoyed huge success with his remix of ‘Your Love (9pm)’ with ATM and A7S. It’s also the latest release from former Love Island alum and recording artist Wes, following on from ‘See Nobody’ with Hardy Caprio and ‘Nice To Meet Ya’ featuring Yxng Bane.

Clean Bandit have remained one of pop and electronic music’s driving forces since the release of their breakout single ‘Rather Be’ with Jess Glynne back in 2014. With a string of huge hits under their belt including ‘Symphony’ with Zara Larsson, ‘Rockabye’ with Anne-Marie and Sean Paul, and ‘Solo’ with Demi Lovato, the trio continue to pave the way when it comes to fusing various music genres.

As well as their work as a band, each member of Clean Bandit has also gained a number of solo merits. Jack is a 2x Ivor Novello winner and co-wrote Shawn Mendes and Camila Cabello’s ‘Señorita’. Grace was recently named as one of the ‘100 most influential female songwriters and composers in the UK’ by PRS for Music, whilst Luke has been commissioned to remix singles from artists ranging from The Killers to Robin Schulz.

Let us know your thoughts on Clean Bandit, Topic and Wes Nelson’s collaboration on Twitter @CelebMix