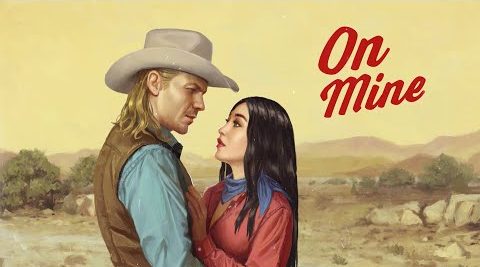 The energetic country-influenced track follows on from the release of music videos for ‘Do Si Do’ with Blanco Brown and ‘Dance With Me’ with Thomas Rhett and Young Thug. On Mine speaks of wanting to fall in love and enjoy the experiences it brings including feeling your lips on each others and getting to know each other on a deeper level.

Shot at Far West Farms in Calabasas in California where Noah grew up riding horses which explains why she looks right at home! The duo make their way around the farm spending time together doing everything from dancing to riding around on a tractor. It ends with Noah riding on the white horse which has become a star of the video with Diplo looking on.

The video for the track was directed by Brandon Dermer and you can check it out below:

What do you think of ‘On Mine’? Let us know your thoughts on Noah Cyrus and Diplo’s video on Twitter @CelebMix