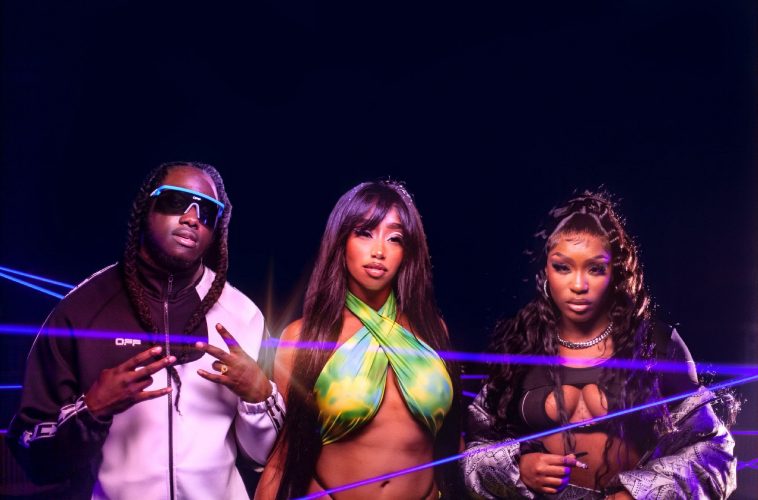 Released on KAMILLE’s label Pure Cut Records via BMG, ‘Sad Party’ is a relatable anthem for anyone who’s ever experienced heartache and the pain of trying to get over someone. Laced with irresistible RnB-tinged pop melodies, ‘Sad Party’ once again showcases KAMILLE’s ability to write lyrics which will hit you in the feels. The track is taken to the next level thanks to Ivorian Doll and Haile’s verses, with each artist giving their own take on getting over an ex.

Speaking about the track, KAMILLE said: “‘Sad Party’ is all about trying to get over the one you miss the most, and how difficult it can be to move on. Everyone around you seems so happy, and you feel like the only one heartbroken. ‘Friday night highs but I’m feeling low’ – I love this lyric so much! We’ve all been there – t-shirt, a bad movie & binging on ice cream on a Friday night because you’re just.. that.. sad..”

“Funnily enough I had so much fun writing and producing this song with Goldfingers, who always encourage me to be creative in the studio! Honestly, even after I finished making the song I had no idea how much bigger it could feel until Haile and Ivorian Doll jumped on it! They’re so amazing and now the song is just so perfect. I hope everyone gets in their feels and vibes to this one.“

‘Sad Party’ follows on from the thrilling ‘Mirror Mirror’ which was released earlier this year. The track came accompanied by a fierce visual where the multi-hyphenate artist served fairytale realness alongside frequent collaborators MNEK and Little Mix’s Jade Thirlwall.

In addition to releasing her own music, KAMILLE has made a name for herself as a prolific songwriter and producer, penning hits for the likes of Little Mix, Dua Lipa, Mabel, Clean Bandit, Jax Jones, Olly Murs, The Script, and Westlife. Most recently she co-wrote three tracks on Anne-Marie’s new album Therapy which also dropped this week: the highly anticipated Little Mix collaboration ‘Kiss My (Uh Oh)’, ‘Unloveable’ featuring Rudimental and ‘Better Not Together’.

‘Sad Party’ is available to download and stream now.