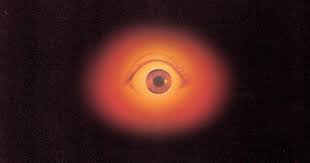 Louis Tomlinson and his team know how to put on a festival. Yesterday saw the triumphant return of the Away From Home Festival.

The Away From Home Festival is a one-day festival entirely curated and created by Louis from an idea he’s had for many years. The first festival was held last year at Crystal Palace Bowl in London. 6000 lucky fans won the chance to attend the festival for free. The rest of the fans paid a small fee to watch a live stream and get an exclusive documentary on Louis planning the festival, directed by Charlie Lightening.

This year Louis and his team scaled up the Away From Home Festival massively. It moved to Malaga, Spain. The venue held 17,000 people and when tickets went on sale they sold out instantly.

This year’s Away From Home Festival saw VoodoO, Stone, Sunroom, Hind and The Vaccines take to the stage to perform and wow the sold-out crowd with their sets before Louis took to the stage for his headline set.

Opening with We Made It, he stuck to his world tour set list, but with one very special addition, which shocked the thousands in the venue and the thousands watching via various fan live streams around the world. Nobody knew quite what to expect when unfamiliar chords began to play. But within seconds they realised it was the One Direction track ‘Night Changes’. Both the crowd at the venue and those watching online went wild. He then carried on singing hit after hit from his first album Walls, ending his set with Kill My Mind which is just made for festivals,

The Away From Home Festival was amazing last year, but this year Louis and his team took it up a notch, from the venue to the bands, the merch and the food and drink on offer. You can tell with each subsequent year that they are investing more time and money into it, determined to make each one better than the last.

We cannot wait to see what they do for the next one, as we know whatever they do with Louis involved, will blow all our minds!

Don’t forget to follow LTHQ’s new official TikTok where they have been posting tons of Louis content recently.