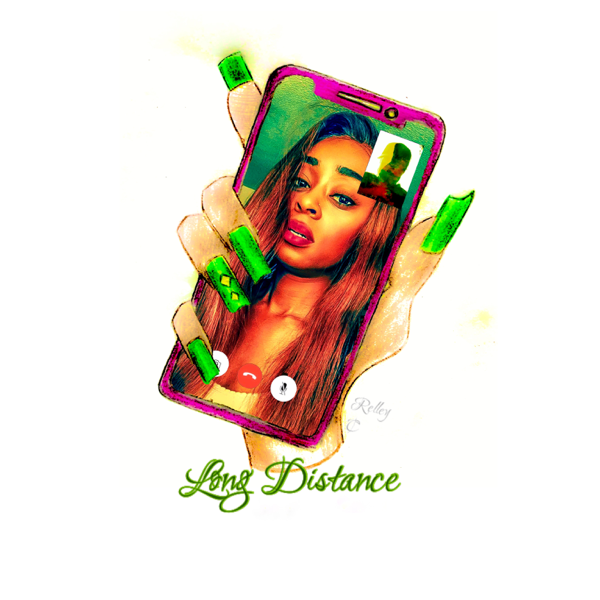 We are obsessed with the new single from Relley C titled “Long Distance”, so much so we’ve been playing it on repeat for the last week. The song is so fresh that it excites us about future releases! This song follows up her latest EP, We’ve All Been There.

Relley C, full name Sherelle Clarke-Samuels, is best known for being a contestant on The X Factor. She competed in series 10 and series 13, in the former she made it to Judges’ Houses before being sent home; but, in the latter, she made it to the live shows and came tenth overall. She has since gone on to release four singles, her debut being “Unruly”, her sophomore single being “Tell Me That“, 2019’s “Complicated”, and this year’s “Long Distance”, as well as her debut EP Square One and her sophomore EP, We’ve All Been There.

The new song has been written by Sherelle Samuels (Relley C) and has been produced by Lucas Brandao (Heyoan). Throughout the song, Relley C gives her typical R&B vibes and adding emotion with every word, she also adds a few Portuguese words to the song – we love artists who aren’t shy to sing in different languages. There’s a deep sense of hurt within the whole song and she’s really putting her soul into the voice and it comes through to the listeners effectively. The lyrics are about a lover who she thought she had a bright future with but he grows distance and ends up ghosting on her. Relatable to so many people, Relley C connects with the world (especially with the current COVID-19 pandemic and people who are struggling with their relationships at this moment) and shows that it hurts deep inside when this happens.

“Long Distance” is available to download and stream right now. We also absolutely love the artwork, it’s so clever and connects with the song brilliantly. According to Relley C’s Instagram post, she came up with the concept for the “Long Distance” artwork and started doodling her idea and then got creative with Photoshop – that’s what we’re talking about! We could so see merch capabilities with this design, we’d love stickers and t-shirts.

What do you make of Relley C’s new single “Long Distance”? Let us know on Twitter @CelebMix.