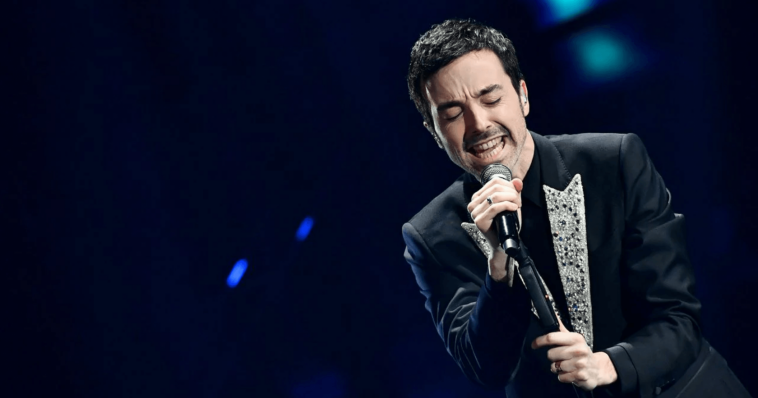 Diodato has been announced Italy’s representative for the Eurovision Song Contest 2020.

This year was the 70th edition of the Sanremo Music Festival (Sanremo 20) which saw 24 participants in the Big category all battling to be the lucky winner to represent Italy in Rotterdam. The participants faced a number of juries including a demographic jury, festival’s orchestra and backing singers, a jury in the press room and the Italian public via televoting. Across the course of the week, the Sanremo 2020 stage also saw the likes of Mika, Dua Lipa and Lewis Capaldi making guest appearances between all the Eurovision fun.

After a week full of shows from the Ariston Theatre, it was Diodato who was victorious with his track Fai Rumore, translated as Make Noise. The track showcases his powerful vocals in this beautiful love song about running back to that special person who is the right one for you as their noise fits your noise and you miss that sound.

But who is Diodato? Winning with 39.3% of the overall vote, Antonio Diodato is a singer/songwriter who isn’t a complete stranger to the Italian Song Contest having participated in the newcomer’s section in 2014. Shaping his music career during this year he also won Best Newcomer at the MTV Italian Awards and from this has released 3 solo albums. In 2018 Diodato took place in the Big artists and reached 8th place with trumpet player Roy Paci and track Adesso.

Italy’s history in Eurovision started right at the very beginning as they were one of the original participants in the first Eurovision in 1956. However, they took a gap between 1997 and 2011 before returning to take the second-place spot. Could 2020 mark the year Italy win the Eurovision Song Contest for the third time? We’ll just have to see what happens in Rotterdam on 16th May.

The Eurovision 2020 acts that have been announced so far are Blas Cantó for Spain, Hooverphonic for Belgium, VICTORIA for Bulgaria, Sandro for Cyprus, Vincent Bueno for Austria, Arilena Ara for Albania, Tornike Kipiani for Georgia, Jeangu Macrooy for the Netherlands, Vasil for North Macedonia, Tom Leeb for France, Benny Cristo for the Czech Republic, Eden Alene for Israel, Stefania for Greece, and Montaigne for Australia.

The 65th edition of Eurovision Song Contest will be hosted at the Rotterdam Ahoy, Rotterdam, The Netherlands. The two Semi-Finals will take place on 12 May 2020 and 14 May 2020, with the Grand Final taking place on 16 May 2020. A total of 41 countries will compete in the contest.