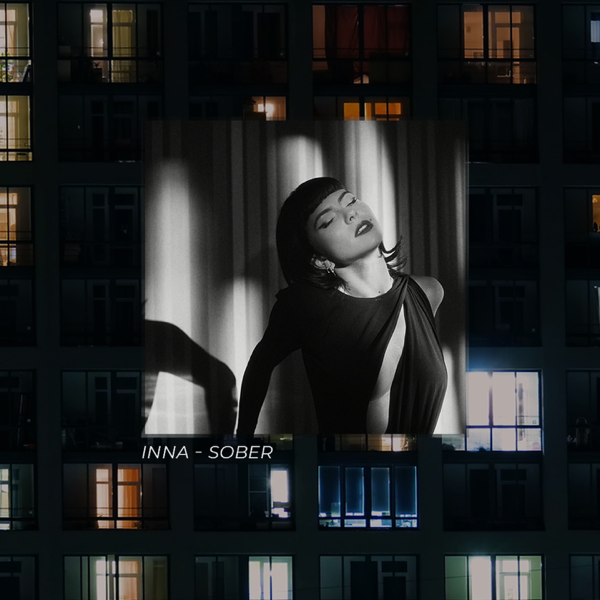 2020 is becoming an important year for music, so many artists have delayed releases, cancelled tours, and made new music, it really is all over the place, but INNA isn’t letting the global pandemic of COVID-19 stop her from releasing new music and so she drops her new single “Sober” and an accompanying home edition music video. This follows up her recently released single “Not My Baby“.

INNA, real name is Elena Apostoleanu, is one of the biggest Romanian female artists around at the moment, having gone on to have international success with her early singles such as “Hot”, “Amazing”, and “Sun Is Up”. She continued her success with a variety of singles that have hit over 100 million views on YouTube including “Ruleta“, “Gimme Gimme“, and “Heaven“. She has collaborated with some of the biggest artists and DJs including Flo Rida, Pitbull, J Balvin, Daddy Yankee, Martin Solveig, Sak Noel, and Dannic, to name a few. Last year, she dropped her sixth studio album, YO, which saw her take creative control, spawning the singles, “RA”, “Iguana”, “Sin Ti”, “Tu Manera”, and “Te Vas“. We also managed to speak to INNA in an exclusive interview about the album. Now she’s working on a new era with the release of “Bebe” with Vinka, “Not My Baby” and now “Sober”, as well as collaborating on Yellow Claw’s track “Baila Conmigo” with Saweetie and Jenn Morel. We also expect the third issue of INNAMag after she released issue one and issue two last year.

According to Spotify, this new song has been written by Fridolin Walcher, Joachim Walker (Coldabank), and Jordan Shaw whilst it has been produced by Freedo (Fridolin Walcher). INNA teased the song and video a few days ago when she released a teaser video on her YouTube Channel. The video has been filmed in INNA’s own house with a super small team from NGM Creative, with Bogdan Paun acting as director and Alexandru Muresan acting as director of photography. It follows on a similar style as “Not My Baby” showing that this INNA era is going to be her returning to her club-roots whilst adding current EDM and deep house – which we are living for.

“It was an unusual experience for me, to do a video with a really small crew, in my house, but I’m happy about the final result. It’s an intimate video for one of the songs that is dear to me and I hope it will help you have fun at home,” said INNA.

Freedo produced “Not My Baby” so we’re not surprised that “Sober” follows the same deep house vibe that her previous single has got going on. This is a brilliant new direction for INNA and it really works well with her voice. As usual, her vocals are on point in the song and she really manages to capture the essence of the song. The lyrics paint the story of loneliness and really wanting a relationship, wanting to get to know someone and connect with them personally, rather than getting with people on nights out. It’s the perfect song to release now as many people are on lockdown and are truly, completely lonely.

Considering that a lot of people are on lockdown, INNA’s music video is a home edition which is shot in black and white and sees INNA spending time alone, drinking champagne, looking bored, and just encapsulating the song itself. We see various settings, such as her in the bath, on her bed, in a chair which is near a wall, and she’s dressed down whilst still sexy and sassy. The emotion that she’s flooded this visual with reminds us of the music video to “Endless”.

“Sober” is available to download and stream right now, via Global Records.

What do you make of INNA’s new single and home edition music video “Sober”? Let us know on Twitter @CelebMix.