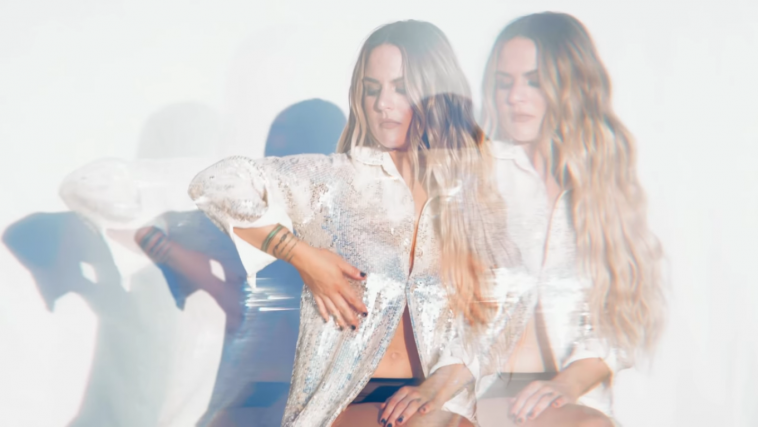 This week has seen new music drop from JoJo and it’s soulful pop that we can’t get over, titled “Lonely Hearts”. A few days later, she dropped the accompanying music video which is stripped back and sees JoJo full of confidence. This release follows up her previous single “Man“.

JoJo, real name Joanna Levesque, is best known for her hit singles in the 00’s with the likes of “Leave (Get Out)” and “Too Little Too Late”. She dropped two albums in her early years which charted globally, JoJo and The High Road. On top of that, she launched her acting career making her name known in the likes of Aquamarine and RV. Things then started to die down as her record label refused to release a third album, even though JoJo kept sending completed LPs their way, and so she released Mixtapes instead to get her music out into the world, with the likes of Can’t Take That Away From Me and Agápe. She also appeared in the film G.B.F. and guest-starred in House of Glam and Hawaii Five-0. After a lawsuit struggle to get out of her contract with the record label that wouldn’t release her third album – which she went into detail about in a candid interview with UPROXX, she was finally able to officially release music signing with Atlantic Records, which is where we got her tringle, which were “When Love Hurts“, “Say Love“, and “Save My Soul“, as well as two EPs, before starting her third era which saw her release the “F**k Apologies” featuring Wiz Khalifa, “Music.”, “FAB.” featuring Remy Ma, and her third album Mad Love. Away from Atlantic records and in response to her first two albums not being available on download and streaming sites, JoJo re-recorded those two albums and the singles “Disaster” and “Demonstrate” and made them available for us all to download and stream releasing on her own record label Clover Music in connection with Warner Bros. Records. JoJo is now gearing up for the release of her new album good to know, with the release of new singles “Man” and now “Lonely Hearts”, which follows up the previously released singles “Joanna” and “Sabotage”; she is totally set to show the world what we’ve been missing. We also managed to interview her about her upcoming fourth studio album, exclusively on CelebMix.

According to Spotify, this new song has been written by Dylan Wiggins, Elizabeth Lowell Boland, Joanna Levesque, Martin McKinney, and Merna Bishouty, whilst it has been produced by Doc McKinney and Dylan Wiggins. It follows up “Man” brilliantly, allowing JoJo to delve deep with her soulful voice, but in a relaxed vibe as if the notes she’s pulled off on this song are nothing.

The almost-completely black and white music video has been filmed in quarantine – proving that high quality music videos aren’t difficult to achieve whilst we’re all on lockdown. It has been directed by Zelda Williams whilst it was produced by Joshua Thurston. The whole video is stripped back and stripped down. JoJo is in control of her music, her body, her image, and her career, which she showcases with this video giving us confidence, sass, and self-assured vibes throughout – she’s in such a good place right now and that transcends perfectly on-screen.

The song is JoJo laying her cards on the table, she doesn’t need someone by her side when she’s got herself, to love, and to care for. She’s happy being alone because it removes the insecurities that appear within relationships, and she’s already been through enough with the person this song is directed to. It’s honest, it’s raw, it’s nonchalant, and so powerful. “Lonely Hearts” shows JoJo’s versatility whilst giving R&B soul as we’ve never heard before!

“Lonely Hearts” by JoJo is available to download and stream right now, via Warner Records Inc. Her upcoming fourth studio album, good to know, is expected to be released on 1 May 2020.

What do you make of JoJo’s new release, “Lonely Hearts”? Let us know on Twitter @CelebMix.