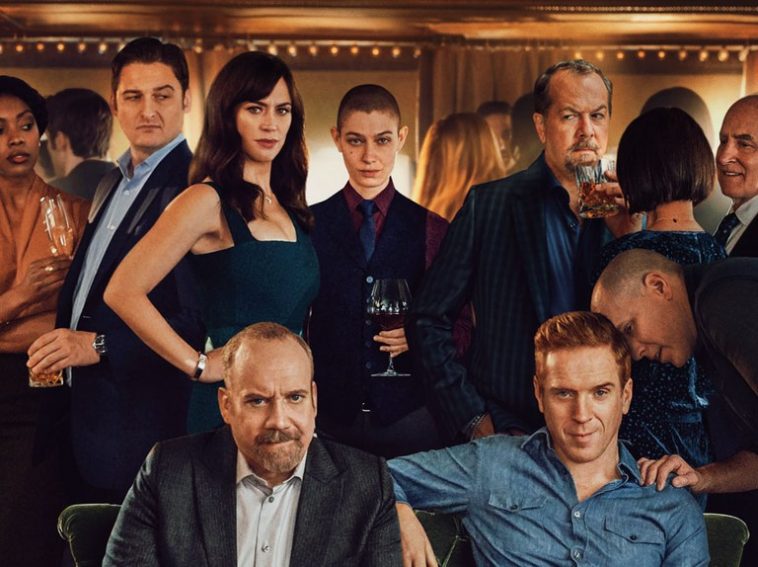 Everyone’s dream is to be a billionaire. They are being able to have enough wealth to fulfill all your desires. But to what extent do money and power influence a person’s life?

The Billions series is a phenomenon that has lasted four seasons and involves the public with the mix of financial markets and the eternal war between the good guy and the villain – in which neither is quite what it seems.

This tv show attracted many eyes to the financial market, with the vision of a slightly exaggerated Wall Street world, which made many people who dream of riches seek to know more about investments and the stock market.

The alliance between Chuck and Axe was questionable at best and hazy at worst. It didn’t seem necessary to me to explore their contacts further at this time because they were so brief. But since this is Billions, I suspected there was a method to the madness, and boy was I right.

In the last moments of “Chickentown,” Chuck makes it clear that he is a submissive in both his personal and professional lives by owing Axe a debt that I don’t think he will ever be able to pay back. This episode was exciting because it was recorded in a casino in NY, called Resorts World Catskills; for many casino fans, it was interesting to observe. If after watching this episode, you feel like spending some time at the casino as well. Then check out these legal casinos in the US created by a trustworthy source.

Here, Axe learns from an unexpected source that he is the target of police activity. Chuck assembles the final pieces of his long game to ensure victory while Axe works quickly to protect his livelihood.

Lara gathers her assets to guard what is rightfully hers. Chuck and Wendy make a crucial choice regarding their marriage.

Axe wins a capital raise competition, but a sudden foe challenges him soon after. Chuck seeks to deal the opponent with the death blow. Wendy considers her prior choices and picks a side. Connerty questions Sacker on Chuck’s actions. Taylor takes a strong stance.

Senior is also significantly engaged in the success of the new business venture, as is Chuck. Axe executes a significant short and takes action to ensure its failure in the meantime. Wendy struggles with being sandwiched between Axe and Chuck, a common and awkward situation.

Prince, Axe, and Chuck use deception and strength against one another. While Wendy struggles to organize her personal life, Taylor is faced with a decision about their duty as a leader. An all-out brawl that causes alliances to change course steers Axe Capital’s destiny in an unforeseen direction.

In this episode, Axe looks into the cause of the failure of his Sandicot transactions but is met with strong resistance. Chuck gathers information about a political foe.

Lara undertakes a public relations visit there to reduce hostilities between Sandicot and the Axelrods. At Axe Capital, Wendy assists Taylor in resolving a challenge. Chuck and Senior gain the support of a significant ally.

Axe deals with a significant family conflict involving Lara and the children. Chuck thinks about his personal life’s possible problems as he is being evaluated for political success. Wendy tries to make up for the mistake she made to Axe. Chuck and Wendy reveal themselves to one another over a spontaneous supper.

The evidence linking Axe and Chuck to the Ice Juice sabotage is growing. Taylor questions Wendy’s power and intentions at Axe Capital. In court, Connerty presents his case but is met with dramatic witness testimony.

With 8.7/10 stars on IMBD, we can definitely tell this episode deserves a spot on our list.

Axe finds out that Chuck has fresh evidence against him that could result in a jail sentence. Axe accuses Wendy of giving the information to Chuck as Lara makes preparations for the Axelrod family to leave the country. After realizing how far Chuck has gone in his search for Axe, a defiant Wendy threatens to out Chuck. After making so many sacrifices for this case, potentially even jeopardizing his marriage, Chuck tracks down Axe for a heated exchange.

The final episode on this list features Axe winning a capital raise competition before facing off against an unexpected foe. Chuck seeks to deal the opponent with the death blow. Wendy considers her prior choices and picks a side. Connerty challenges Sacker on Chuck’s actions. Taylor takes a strong stance.

You can watch Billions on Netflix.