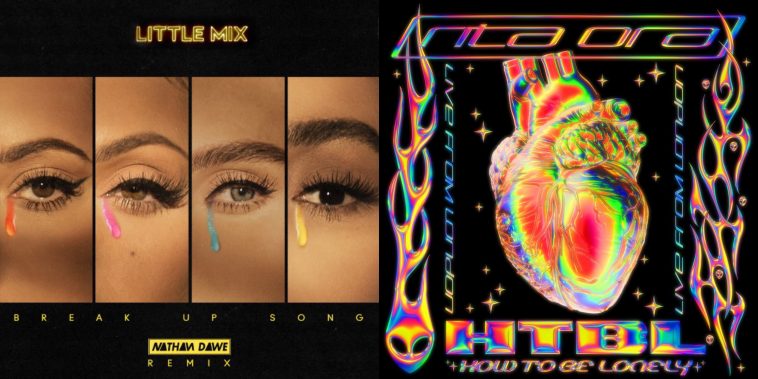 New Music Friday is always a fun and frantic affair of brand new releases from your favourite artists. This week alone we’ve been treated to new tracks from the likes of Sam Smith and Demi Lovato, Kelly Clarkson, John Legend, Lawson, Kelly Rowland and more.

However, this week we’ve also been spoilt with new remixes of recently released tracks which we already know and love. In case you’ve missed them, we’ve rounded up five our favourite new remixes which have just dropped and are sure to brighten up your day!

Following on from the acoustic rendition of their latest single, Little Mix have unveiled the Nathan Dawe remix of ‘Break Up Song’. Switching out the ’80s synths for an irresistible club beat, ‘Break Up Song’ is transformed into a tropical-laced release which we’re hooked on!

Rita Ora – ‘How To Be Lonely (Möwe Remix)

On Friday, Rita Ora unveiled the Möwe Remix of her latest single ‘How To Be Lonely’. Möwe’s interpretation of the track is chaotic but in the best possible way – from the opening bars, it’s impossible to guess in which direction the song will be taken. The chorus and following instrumental is ideal summer material, with the song transforming from a heartfelt mid-tempo ballad to a fierce banger.

If you’ve succumb to the power of TikTok during lockdown then there’s no doubt that you’re already familiar with ‘Bored In The House’. However, instead of creating a viral clip of himself doing random things at home, Jax Jones has remixed the Curtis Roach track, turning it into an infectious dance number!

Sigma and Shakka have unveiled the Clear Six remix of their latest track, ‘Rest Of My Life’. The feel-good dancehall and reggae infused ‘Rest Of My Life’ is transformed into a thrilling, upbeat dance track, giving the song a whole new lease of life.

La Roux dropped a surprise remix of her latest single ‘Automatic Driver’ on Friday, featuring Tyler, The Creator. The alternative version of the track sees the pair reunite after La Roux appeared on Tyler’s Grammy-winning album IGOR. Tyler has taken the soulful, disco track to unpredictable new heights and we just can’t get enough of it!