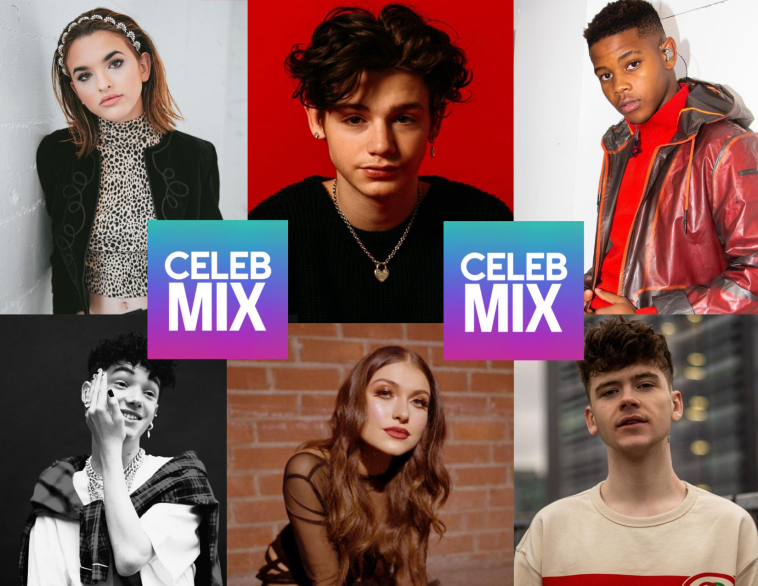 As social media platforms allow breakthrough artists to build up fanbases of hundreds of thousands quicker than ever, exciting young singers have never been more abundant. CelebMix casts an eye over 12 rising online artists.

From TikTok stars to former talent show contestants and Instagram gurus, these youngsters are making the most of their followings to take their first steps towards exciting music projects. Check out who makes the list…

Having started his journey as a member of TikTok group JrElite, Payton Moormeier now boasts an empire of over 12 million TikTok followers, alongside another 3.9 million on Instagram. In recent months, the 16-year-old has begun to share original music under the alias of payton, revealing to fans that he had been writing since the age of nine.

Dropping ‘Love Letter‘ last month, the star’s well-teased debut single, the singer climbed into online charts and pulled in millions of streams in under a month. To follow the break-up flick, Payton has already previewed future releases online including a track seemingly titled ‘Bad Habits’.

Rocketing into the spotlight at the end of 2018, Lewis Blissett’s big vocals and support from stars such as Ariana Grande saw the singer’s online following break the one-million mark in rapid time.

Since then, Blissett has signed a record deal and put out two tastes of his own material with ‘Sick Thoughts‘ and ‘Killing Butterflies‘. Bubbling alt-pop which sees Grande meet Billie Eilish in sound, the 16-year-old is one of pop’s most exciting voices.

One of social media’s most prolific names thanks to becoming the first Musical.ly user to pass 20 million followers, Baby Ariel now has followings of nine million on Instagram and 32 million on TikTok respectively. Most recently, the 19-year-old has appeared in Disney’s Zombies 2.

First releasing music in 2017 with sugary pop track ‘Aww’, it’s last year’s dreamy singles ‘I Heart You’ and ‘wildside’ that have marked Baby Ariel out as a promising unique pop voice for years to come.

Formerly part of boyband RoadTrip, Jack Duff parted ways with the group at the end of 2019. Three years alongside the band saw a string of EPs and UK tours as the Irishman found his footing in the industry.

Now going solo, the singer has announced the release of his first single which will hit services next week, on May 20th. Titled ‘Bad For Me’, clips teased online hint at a new sound with R&B influences as the singer starts his exciting solo project.

TikTok star and singer Christian Lalama is a name you may well recognise. Just under two million followers across platforms and performances alongside the likes of Max & Harvey and Johnny Orlando have marked Lalama as one to watch.

Releasing his first single back in 2018, this year has seen the 16-year-old take his music to the next level. A string of releases including ‘Miss Me’, ‘Knocked Off My Feet’ and latest single ‘Relief’ have seen the online star find a potent confidence in his sound.

First making waves after appearing on Radio Disney’s Next Big Thing, Elle Winter’s online reach includes over 100,000 followers across Instagram and YouTube, where the 20-year-old has posted covers over recent years.

Now signed to Sony Music, 2020’s Yeah, No EP sees Elle Winter make her first big mark with her own sound. Title track ‘Yeah, No.’ has already pulled in a surplus of one million streams online with big vocals and a big chorus that points to much more to come.

Yeah, No the music video OUT NOW on @vevo check it outtt ??? Link in bio! @bobbyhanaford ?

Disney actor who is currently turning heads in the High School Musical: The Musical: The Series, Joshua Bassett‘s list of appearances to date is an impressive one. As well as appearing on screen, the 19-year-old is a singer/songwriter beginning to release his own material.

Wowing spectators on The Voice 2018, none more so than mentor will.i.am, Donel came off the show and continued to pull in fans with online content. Now with, 200,000 Instagram followers and 100,000 YouTube subscribers, the singer has started to release his own material.

A new face on the block, Michael Zeidel’s nearly 75,000 Instagram followers have come to the singer on the back off Instagram activity and support from the likes of RoadTrip and Payton Moormeier.

Performing at Social Bash and Winter Live in recent months, the rising star has also posted pop covers on Instagram and YouTube – his rapidly growing fanbase will be hoping for some original material from Ziedel soon.

Tracks from Nen and Be Like You include fan-favourites ‘You Can Blame Me’ and ‘A Letter To Me’. Singer/songwriter efforts with production moving from stripped-back ballads to country influences to big pop chorus, Raine is an exciting rising talent.

Danish artist for fans of Billie Eilish, Isaac Dunbar and Troye Sivan, Elliot is the latest Scandinavian talent to find a breakthrough online.

Signed to Copenhagen Records, Elliot can move from dark pop production on the likes of ‘would you cry if i died’ to airy vocals on latest single ‘drown’. Crisp visuals accompany the singer’s fresh sound, working alongside music video producers such as Shine Thorbøll.

Arming himself with a striking lyrical honesty and deep vocals, Nicholas Tomillon’s singles ‘To My Father’ and ‘Marmalade’ have seen viral success on streaming platforms.

First seeing his platform grow as the subject of a series of memes, the singer now posts regular covers of artists such as Billie Eilish and Miley Cyrus on Instagram. Receiving support from the likes of Jessie Reyez, Tomillon has also collaborated with social media star Lohanthony and, most recently, Gavin Hunder on ‘insecurities’.

Which online singers do you love? Who is your favourite on our list? Let us know @CelebMix on Twitter!