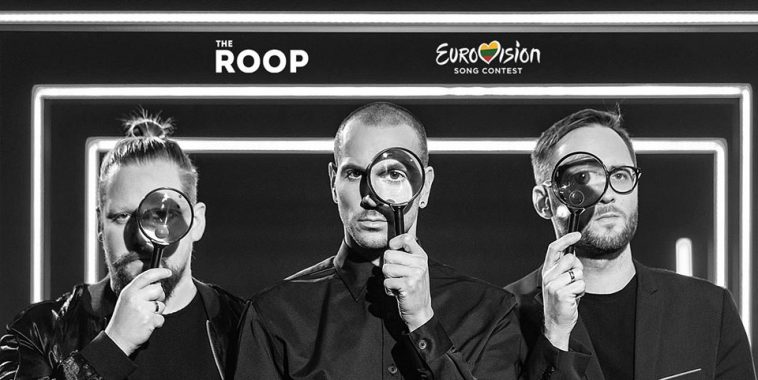 Pop-rock and indie trio The Roop won Lithuania’s national selection show for Eurovision Song Contest Pabandom iš naujo with their song “On Fire”, getting the chance to fly the Lithuanian flag to Rotterdam this May.

The band consists of Vaidotas Valiukevicius, Robertas Baranauskas and Mantas Banišauskas, who have all been active in the music industry for a long time before starting to work together in 2014. Their debut album “To Whom It May Concern” came out in 2015, and they have already played their music around the world.

Just like some of this year’s representatives for Eurovision, they have also tried their luck for the second time in a national selection. In 2018, they competed in the Lithuanian show with “Yes, I Do”, finishing third in the final. Now, they just can’t wait to perform on the big ESC stage representing their home country.

“On Fire” is written by the band members themselves, with the music video produced by director Indre Juškute and cinematographer Adomas Jablonskis. According to the band, the song tells us that no matter how old we are or where we live, there can always be fire. Talking a little bit more about their winning song, Vaidotas said:

I have repeatedly been told that I am too old to do something and there are certainly many people who cross their thirties and step on their brakes. I keep saying “don’t stop” to myself and I repeat the same for the group. And that snowball is rolling. I say this to both my relatives and to Lithuania, let us be brave, move forward and not underestimate ourselves, as we often do.

Check out the official music video for “On Fire” below:

The Eurovision 2020 acts that have been announced so far are Blas Cantó for Spain, Hooverphonic for Belgium, VICTORIA for Bulgaria, Sandro for Cyprus, Vincent Bueno for Austria, Arilena Ara for Albania, Tornike Kipiani for Georgia, Jeangu Macrooy for the Netherlands, Vasil for North Macedonia, Tom Leeb for France, Benny Cristo for the Czech Republic, Eden Alene for Israel, Stefania for Greece, Montaigne for Australia, Samanta Tina for Latvia, Diodato for Italy, Destiny Chukunyere for Malta, Roxen for Romania, Athena Manoukian for Armenia, and Ulrikke for Norway. The remaining countries are expected to reveal their acts in the next couple of months.

What do you think about The Roop? Do you think they could win Eurovision 2020? Let us know your thoughts on Twitter @CelebMix!