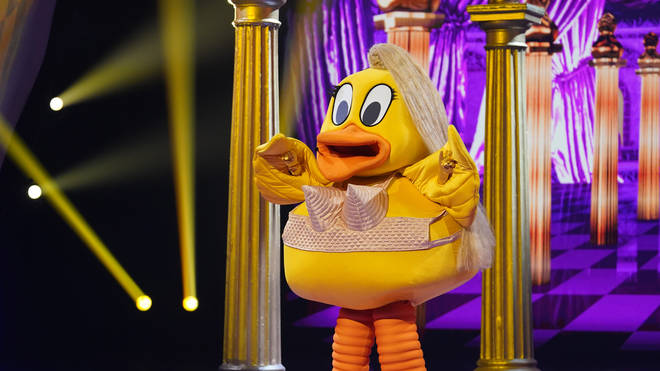 The competition is hotting up on The Masked Singer UK and during the latest episode, another celebrity was been revealed to the public.

Previously, the celebrities have been split into groups for their battle rounds, however, this week all of the remaining celebrities took to the stage. Kelly and Sharon Osbourne also made a guest appearance on the panel, standing in for Ken Jeong this week.

Despite her sensational performances, sadly it was Duck’s turn to be unmasked.

But who is Duck?

Duck has been one of the hardest celebrities to identify, with popular guesses including Denise Lewis and Dame Kelly Holmes. However, Duck turned out to be none other than Skunk Anansie’s Skin!

Describing the show in three words, Skin called it “pure unadulterated lunacy”. She also revealed that keeping her role on the show secret has been very easy as she is a good secret keeper.

“I love keeping secrets and this was a joyous one to keep. I’ve been on tour with my band and I’ve been practicing to myself and they have no idea, none whatsoever, that I’m doing this.”

So far this series, Butterfly was revealed to be Eastenders star Patsy Palmer, Pharaoh was former Home Secretary Alan Johnson, Chameleon was unveiled as The Darkness singer Justin Hawkins, Tree was footballer Teddy Sheringham, and Daisy was global superstar Kelis.

The Masked Singer UK continues next Saturday on ITV, where the remaining five celebrities will be competing in the semi-final. With the competition hotting up, will the panel be any closer to identifying who’s behind the mask?

Another TWO celebrities will be unmasked next week – we can’t wait!