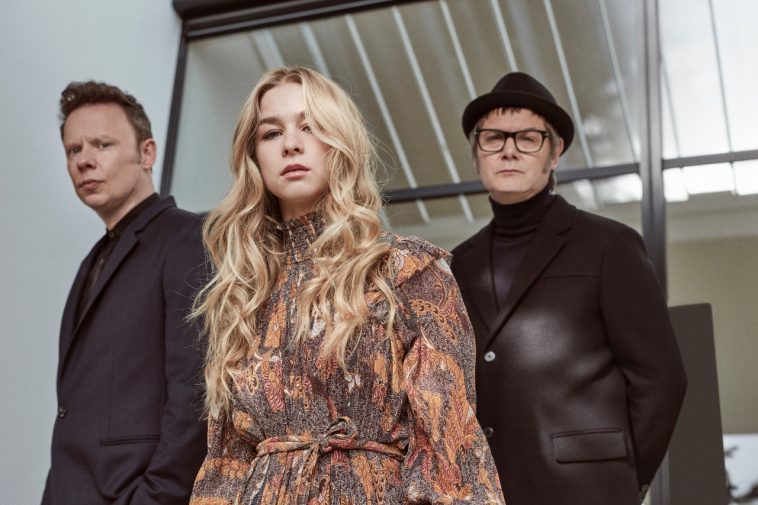 In October of 2019, Belgium was the first country to announce their representative for the Eurovision Song Contest 2020. We learned then that ambient-pop group Hooverphonic is set to fly the Belgian flag to Rotterdam, the Netherlands in May. Now, Alex Callier, Raymond Geerts, and Luka Cruysberghs have released their entry for the world’s biggest music competition, and it’s called “Release Me”.

The song was first played on Belgian Radio MNM last week, and while a lot of people say that it’s not a “typical Eurovision song”, we’ve got a feeling that they will finish high on the table.

Hooverphonic‘s music is unique, with a lot of indie, electro, pop, psychedelic music and alternative elements, and they promised previously that their entry for Eurovision will be an authentic song with their recognizable sound. They kept their promise with this very fragile and intimate song.

“Release Me” was written by Alex Callier himself, and composed by Callier and Luca Chiaravalli, who wrote “Occidentali’s Karma” for Francesco Gabbani. The melancholy of the song reflects the tragedy of the lyrics, which tells us about the time Alex’s father was ill.

The song is about saying goodbye. I wrote it when my father was terminally ill, but “Release Me” has a universal theme: everyone has to deal with saying goodbye at one point in life, to a friend, family or lover.

Here, you can watch the music video for Hooverphonic’s “Release Me”:

Belgium’s entry last year was “Wake Up” by Eliot, and failed to qualify for the Grand Final for the second year in a row. Do you think Hooverphonic will make it? To win the show, they will have to gain more points than the other 41 countries that are competing.

The Eurovision 2020 acts that have been announced so far are Blas Cantó for Spain, Hooverphonic for Belgium, VICTORIA for Bulgaria, Sandro for Cyprus, Vincent Bueno for Austria, Arilena Ara for Albania, Tornike Kipiani for Georgia, Jeangu Macrooy for the Netherlands, Vasil for North Macedonia, Tom Leeb for France, Benny Cristo for the Czech Republic, Eden Alene for Israel, Stefania for Greece, Montaigne for Australia, Samanta Tina for Latvia, Diodato for Italy, Destiny Chukunyere for Malta, Roxen for Romania, THE ROOP for Lithuania, Ulrikke Brandstorp for Norway, Athena Manoukian for Armenia and Alicja Szemplinska for Poland. The remaining countries are expected to reveal their acts in the next couple of weeks.

What do you think about Hooverphonic’s song “Release Me”? Do you think they could win Eurovision 2020 with this entry? Let us know your thoughts on Twitter @CelebMix!