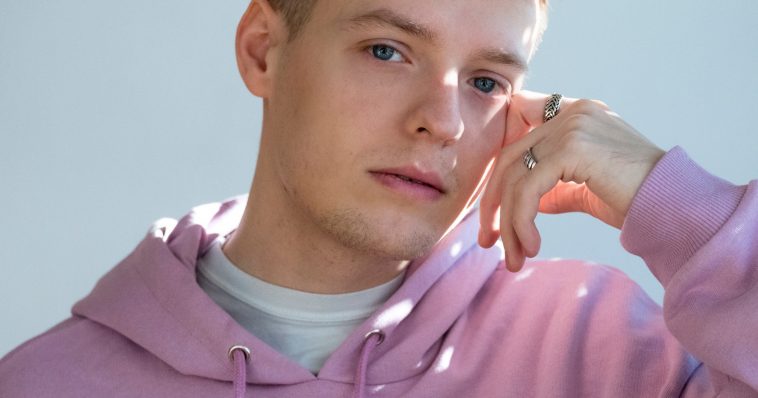 Last week, Germany announced Ben Dolic as their Eurovision 2020 representative and revealed his song, which is titled “Violent Thing” and features B-OK. He was chosen through an internal selection and revealed on the same day that the UK announced James Newman as their representative with the song “My Last Breath”.

This is the first time that the German broadcaster, NDR, has chosen internal selection for both the artist and song since 2009 – they previously chose internal selection in 2011 when Eurovision 2010 winner decided to return with a different song, the song of which was chosen by a national selection show. We adore this song and are excited to see how it performs in May at the Rotterdam Ahoy Eurovision stage.

Ben Dolic is a Slovenian singer who moved to Switzerland at the age of 18 and learned how to speak German before moving to Berlin in 2018. He is perhaps better known as Benjamin Dolic where he competed in a few talent shows. He started his career at the age of 12 where he competed on Slovenia’s version of the Got Talent franchise, titled Slovenija ima talent – he made it to the Semi-Finals. He next formed a band named D Base who attempted to represent Slovenia at the Eurovision Song Contest 2016 in the national selection show EMA 2016 with the song “Spet živ”, making it to the Final. In 2018, he competed on the eighth season of The Voice of Germany where he made it all the way to Final, placing in second place. Now, two years on, he’s representing Germany at the Eurovision Song Contest 2020.

Talking of being accepted to represent Germany, Ben Dolic said:

He’ll be singing “Violent Thing ” on the Eurovision stage in May. The track has been written by Borislav Milanov, Peter St. James, Dag Lundberg, Jimmy Thorén, and Connor Martin. Borislav Milanov is best known for the Eurovision hits “Beautiful Mess” by Kristian Kostov, “Nothing But You” by Cesar Sampson, and “Love Is A Crime” by Poli Genova. Talking about Ben Dolic, he said: “Ben Dolic’s unique and immediately recognizable voice immediately reminded me of his musical idols. He has no reason to fear being compared with pop giants like Justin Timberlake or Michael Jackson. We had a fantastic time in the studio. He sings with an amazing degree of confidence and at the same time effortlessness.”

The song itself is an upbeat addicting song that we can’t help but love. “Violent Thing” is sure to set the Eurovision stage alight, and Germany has another top entry on their hands, we’re sure.

The song is upbeat and catchy, ready to storm the clubs around the world, we’re just hoping that same energy will be found in the staging. The music video is set within a club as Ben Dolic goes after a woman he likes, and it seems they have history considering the opening scene.

Ben Dolic is hoping to bring another win to Germany, who have a total of two wins, to date, out of their 63 entries. They are the most-recent Big Five winner as their latest win was 10 years ago in 2010 with Lena’s “Satellites”. Their selections have been hit and miss in recent years, with Michael Schulte’s “You Let Me Walk Alone” being their only entry, in the last seven years, to be on the left-hand side of the leaderboard… Can Ben Dolic turn Germany’s results around? We reckon so.

The Eurovision 2020 acts that have been announced so far are Blas Cantó for Spain, Hooverphonic for Belgium, VICTORIA for Bulgaria, Sandro for Cyprus, Vincent Bueno for Austria, Arilena Ara for Albania, Tornike Kipiani for Georgia, Jeangu Macrooy for the Netherlands, Vasil for North Macedonia, Tom Leeb for France, Benny Cristo for the Czech Republic, Eden Alene for Israel, Stefania for Greece, Montaigne for Australia, Samanta Tina for Latvia, Diodato for Italy, Destiny Chukunyere for Malta, Roxen for Romania, THE ROOP for Lithuania, Ulrikke Brandstorp for Norway, Athena Manoukian for Armenia, Alicja Szemplinska for Poland, James Newman for the UK, Samira Efendi for Azerbaijan, and Ana Soklic for Slovenia. The remaining countries are expected to reveal their acts in the next couple of weeks.

What do you make of Ben Dolic’s Eurovision 2020 song “Violent Thing”? Can he win Eurovision? Let us know on Twitter @CelebMix.