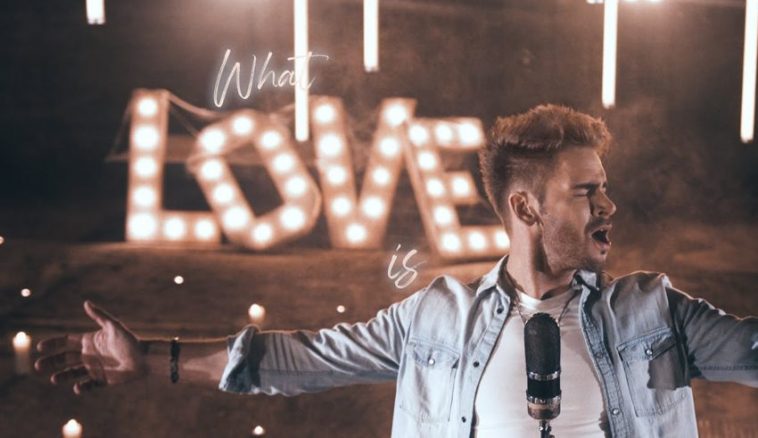 Uku Suviste won the grand final of Eesti Laul 2020 on Saturday night with his song “What Love Is” and will, therefore, be heading to Rotterdam in May to represent Estonia at the 2020 Eurovision Song Contest.

Like last year Eesti Laul 2020 featured twenty-four acts, each performing in one of two semi-finals, with six contestants from each semi-final advancing to the final.

In the final, the twelve acts each performed before a jury and the public for a chance to make it through to the super final. The initial vote of the night was decided by a 50/50 jury and public vote, with Uku finding himself in fourth place after the jury vote. Uku, however, won the televote and finished second overall.

This was enough to see him through to the super final alongside Jaagup Tuisk and Annet x Fredi. In the super final the vote was solely down to the public with Uku gaining 68% of the vote, winning the competition and the honour of representing Estonia at the 2020 Eurovision Song Contest.

You can watch the official video for “What Love Is” by Uku Suviste below:

Estonia made their debut at the Eurovision Song Contest in 1994 and like many participating countries has experienced highs and lows in the competition over the years. At the turn of the millennium, Estonia found themselves at the top of the leaderboard, winning the contest in 2001 with Tanel Padar, Dave Benton and 2XL’s catchy, up-tempo track “Everybody”. They also finished in the top five in both 2000 with Ines and “Once in a Lifetime” and in 2002 with Sahlene’s “Runaway”.

Estonia’s fortunes changed with the introduction of the semi-finals in 2004 where they have since failed to qualify for the final on nine occasions. In the last two years, however, Elina Nechayeva and Victor Crone have both qualified for the grand final, a trend Uku will be hoping he can continue at this year’s contest. To do this, he will have to compete against acts from forty other countries.

The Eurovision 2020 acts that have been announced so far are Blas Cantó for Spain, Hooverphonic for Belgium, VICTORIA for Bulgaria, Sandro for Cyprus, Vincent Bueno for Austria, Arilena Ara for Albania, Tornike Kipiani for Georgia, Jeangu Macrooy for the Netherlands, Vasil for North Macedonia, Tom Leeb for France, Benny Cristo for the Czech Republic, Eden Alene for Israel, Stefania for Greece, Montaigne for Australia, Samanta Tina for Latvia, Diodato for Italy, Destiny Chukunyere for Malta, Roxen for Romania, THE ROOP for Lithuania, Ulrikke Brandstorp for Norway, Athena Manoukian for Armenia, Alicja Szemplinska for Poland, James Newman for the UK, Samira Efendi for Azerbaijan, Ana Soklic for Slovenia and Ben Dolic for Germany. The remaining countries are expected to reveal their acts in the next couple of months.

What do you think about Uku Suviste and his song “What Love Is”? Do you think he could win Eurovision 2020? Let us know your thoughts on Twitter @CelebMix!