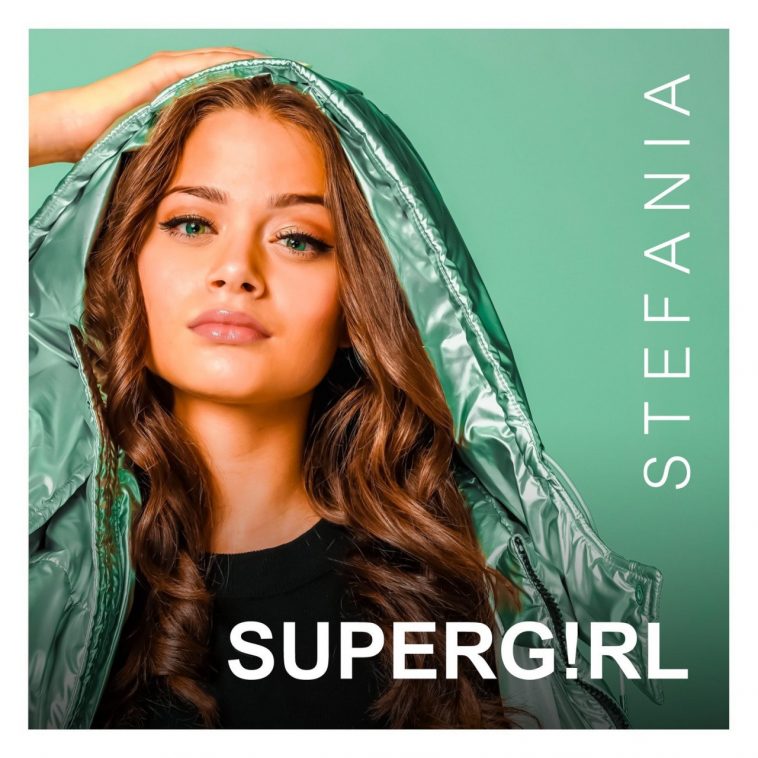 Less then a month ago, Stefania has been chosen to represent Greece at this year’s Eurovision Song Contest in Rotterdam, the Netherlands with her song “SUPERG!RL”. Now, the Greek public broadcaster ERT has premiered the young lady’s entry with a supernatural music video.

According to ERT, “SUPERG!RL” is a contemporary up-tempo pop song with ethnic elements, and it encourages teenagers to believe in themselves and chase their dreams. Stefania’s participating track was composed by a highly experienced team: Dimitris Kontopoulos and the group Arcade. Kontopoulos now celebrates his 10th year of participating in the contest as a songwriter and producer. The lyrics were written by Sharon Vaughn, who wrote “Scream” for Sergey Lazarev last year and has already penned two other songs for this year’s Eurovision – “What Love Is” for Uku Suviste and “Prison” for Natalia Gordienko.

It is the first time I collaborate for Eurovision with Arcade, a very talented young group of songwriters and producers from Greece, while it’s always an honour working with Sharon Vaughn, a great lyricist and woman.

The music video was directed by Greek director Kosta Karydas in Athens, Greece., and it makes us imagine Stefania flying on the big Eurovision stage. Karydas says:

We came up with a story with surrealistic elements. We followed a young woman who finds the strength to embrace her special abilities in a society that perceives her as an outcast. It is a journey to explore her inner strength.”

Here, you can watch the music video for Stefania’s song “SUPERG!RL”:

Stefania will perform “SUPERG!RL” in the first half of the second semi-final of Eurovision Song Contest on 14 May.

Greece’s entry last year was “Better Love” by Katerine Duska, and finished 21st in the Grand Final. Do you think Stefania will finish higher on the table with “SUPERG!RL”? To win the show, she will have to gain more points than the other 41 countries that are competing.

The Eurovision 2020 acts that have been announced so far are Blas Cantó for Spain, Hooverphonic for Belgium, VICTORIA for Bulgaria, Sandro for Cyprus, Vincent Bueno for Austria, Arilena Ara for Albania, Tornike Kipiani for Georgia, Jeangu Macrooy for the Netherlands, Vasil for North Macedonia, Tom Leeb for France, Benny Cristo for the Czech Republic, Eden Alene for Israel, Stefania for Greece, Montaigne for Australia, Samanta Tina for Latvia, Diodato for Italy, Destiny Chukunyere for Malta, Roxen for Romania, THE ROOP for Lithuania, Ulrikke Brandstorp for Norway, Athena Manoukian for Armenia, Alicja Szemplinska for Poland, James Newman for the UK, Samira Efendi for Azerbaijan, Ana Soklic for Slovenia, Ben Dolic for Germany and Uku Suviste for Estonia. The remaining countries are expected to reveal their acts until the next week.

What do you think about Stefania’s song “SUPERG!RL”? Do you think she could win Eurovision 2020 with this entry? Let us know your thoughts on Twitter @CelebMix!