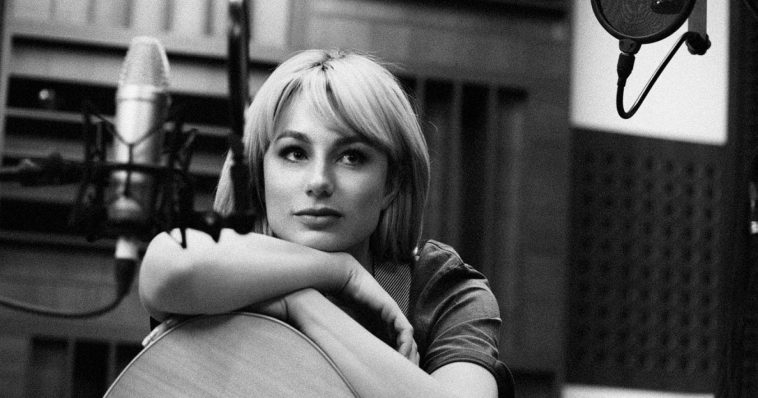 Natalia Gordienko has been announced as Moldova’s representative for the Eurovision Song Contest 2020 with her track Prison.

In order to choose an act for the competition, a national selection called O Melodie Pentru Europa was held in which 20 acts took part. The winner was chosen from a combination of jury and televotes from which Natalia was successful.

This will not be the singer’s first involvement with Eurovision as in 2005 with her band Millennium she placed third in the national selection for the main event. But in 2006 she went one better with Arsenium, representing the country in the final and placing 20th. Hopefully, Natalia’s third experience will bring an even better result.

Prison sings of being in a relationship where you’re pulled in a number of directions due to conflicting emotions. With captivating, emotive vocals reaching out to the listeners you find yourself feeling the pain experienced. These powerful feelings have been shaped into a big ballad with an electronic undertone. Written by the team behind Sergey Lazarev’s Scream which was showcased in Tel Aviv, the video for the track which is seen below was developed by Kirkorov and Dimitris Kontopoulos.

Moldova’s experience in Eurovision started back in 2005 where they placed sixth thanks to Zdob Si Zdub and they’ve since reached the grand final ten times. Their peak result came in 2017 with SunStroke Project taking them to the top 3. Natalia Gordienko will partake in the second semi-final on 14th May.

The Eurovision 2020 acts that have been announced so far are Blas Cantó for Spain, Hooverphonic for Belgium, VICTORIA for Bulgaria, Sandro for Cyprus, Vincent Bueno for Austria, Arilena Ara for Albania, Tornike Kipiani for Georgia, Jeangu Macrooy for the Netherlands, Vasil for North Macedonia, Tom Leeb for France, Benny Cristo for the Czech Republic, Eden Alene for Israel, Stefania for Greece, Montaigne for Australia, Samanta Tina for Latvia, Diodato for Italy, Destiny Chukunyere for Malta, Roxen for Romania, THE ROOP for Lithuania, Ulrikke Brandstorp for Norway, Athena Manoukian for Armenia, Alicja Szemplinska for Poland, James Newman for the UK, Samira Efendi for Azerbaijan, Ana Soklic for Slovenia, Ben Dolic for Germany, Uku Suviste for Estonia and Daði og Gagnamagnið for Iceland. The remaining countries are expected to reveal their acts in the coming week.

What do you think of Moldova’s entry? Tweet us @CelebMix and let us know!