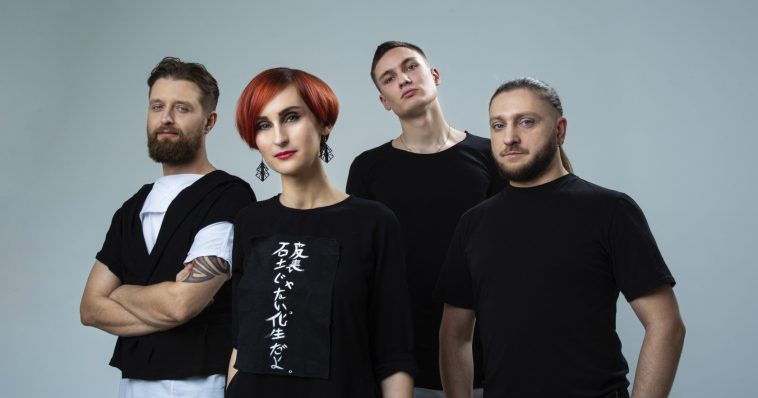 Ukraine has found its representative for this year’s Eurovision Song Contest. Making the selection through the national selection show Vidbir 2020, the country has chosen Go_A to go to Rotterdam on May 14.

The electro-folk band was awarded 12 points by the Jury and the voting audiences. Formed in 2012, Go_A released their debut album in 2016 but have been gaining popularity for their unique musical mixture since long before. Known for blending different styles, the band has been representing Ukrainian music across the globe.

Go_A will be representing their country with a Ukrainian song “Solovey”, making it a first entirely non-English language entry from the country in Eurovision Song Contest history. Backed by trap music with flute making a dominant impression, the song is catchy and grabs the listener’s attention. It was penned by Kateryna Pavlenko and composed by Kateryna Pavlenko and Taras Shevchenko. It will be interesting to see how audiences will respond to the performance during the semi-finals.

The Eurovision 2020 acts that have been announced so far are Blas Cantó for Spain, Hooverphonic for Belgium, VICTORIA for Bulgaria, Sandro for Cyprus, Vincent Bueno for Austria, Arilena Ara for Albania, Tornike Kipiani for Georgia, Jeangu Macrooy for the Netherlands, Vasil for North Macedonia, Tom Leeb for France, Benny Cristo for the Czech Republic, Eden Alene for Israel, Stefania for Greece, Montaigne for Australia, Samanta Tina for Latvia, Diodato for Italy, Destiny Chukunyere for Malta, Roxen for Romania, THE ROOP for Lithuania, Ulrikke Brandstorp for Norway, Athena Manoukian for Armenia, Alicja Szemplinska for Poland, James Newman for the UK, Samira Efendi for Azerbaijan, Ana Soklic for Slovenia, Ben Dolic for Germany, Uku Suviste for Estonia, Daði og Gagnamagnið for Iceland, Natalie Gordienko for Moldova, and Ben & Tan for Denmark. The remaining countries are expected to reveal their acts and songs in the coming days.