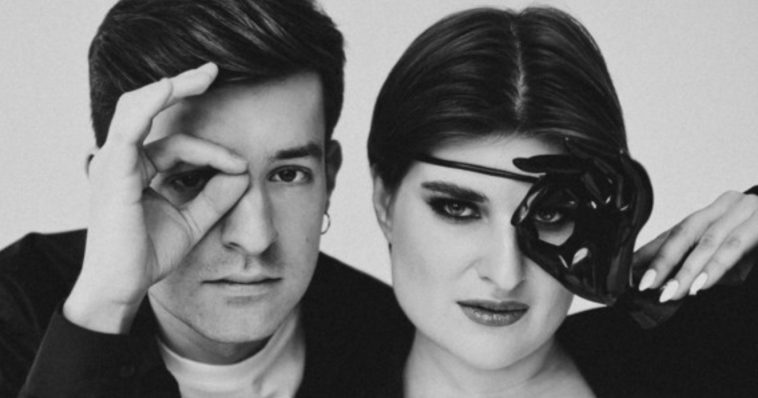 VAL have been announced to represent Belarus in the Eurovision Song Contest 2020 with “Da Vidna”.

Picked following on from their national final in Minsk, VAL were selected thanks to a combination of a jury vote and a televote where they placed second in both but first overall. They merge together a number of musical genres including pop, R&B and hip-hop with a hint of fashion; what’s not to love?

Their track “Da Vidna” (Until Dawn) sings of working your way through the darkness to find the brightness and happiness. The theme of the song is played out with a funky dance running alongside. Oozing in sass and incredibly catchy, we found ourselves wanting to get involved with the dance routine. Valerie Gribusova steals the show with her dominating stage presence which is set to be a hit when the track is performed at the semi-final on the 12th May.

Valerie has previously taken part in The Voice of Ukraine and won the singing competition Slavic Bazaar. Whilst Vlad Pashkevich is a music producer, songwriter and multi-instrumentalist. The track is only the second time that the countries Eurovision entry has featured lyrics in Belarusian.

Belarus first took part in Eurovision in 2004 with their best placing in 2007 when they reached sixth place with “Work Your Magic” by Dmitry Koldun. Last year saw them finishing in 24th place, but who knows what 2020 will hold for VAL and Belarus.

The Eurovision 2020 acts that have been announced so far are Blas Cantó for Spain, Hooverphonic for Belgium, VICTORIA for Bulgaria, Sandro for Cyprus, Vincent Bueno for Austria, Arilena Ara for Albania, Tornike Kipiani for Georgia, Jeangu Macrooy for the Netherlands, Vasil for North Macedonia, Tom Leeb for France, Benny Cristo for the Czech Republic, Eden Alene for Israel, Stefania for Greece, Montaigne for Australia, Samanta Tina for Latvia, Diodato for Italy, Destiny Chukunyere for Malta, Roxen for Romania, THE ROOP for Lithuania, Ulrikke Brandstorp for Norway, Athena Manoukian for Armenia, Alicja Szemplinska for Poland, James Newman for the UK, Samira Efendi for Azerbaijan, Ana Soklic for Slovenia, Ben Dolic for Germany, Uku Suviste for Estonia, Daði og Gagnamagnið for Iceland, Natalie Gordienko for Moldova, Ben & Tan for Denmark, Roxen for Romania, Gjon’s Tears for Switzerland, Go_A for Ukraine and The Mamas for Sweden. The remaining countries are expected to reveal their acts and songs in the coming days.