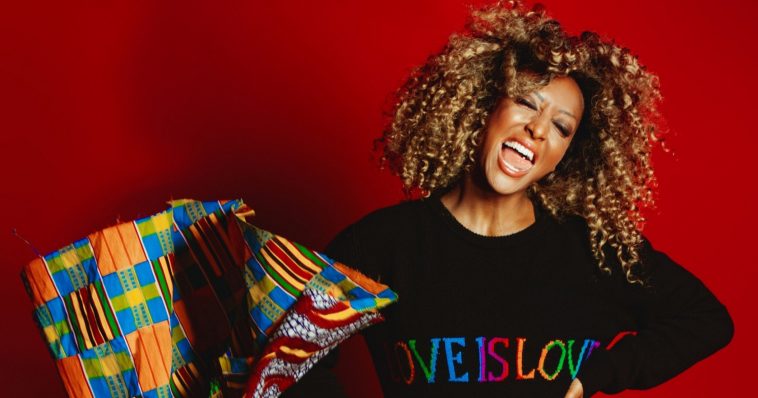 Yes, she’s returning to the Eurovision stage a second time, and we’re sure she’ll redeem herself with this track, Senhit with the song “Freaky!” has been confirmed to represent San Marino at the Eurovision Song Contest 2020.

Senhit Zadik is an Italian singer who is best known for representing San Marino at the Eurovision Song Contest 2011, with the song “Stand By”, which didn’t make it through to the Grand Final, only gaining 34 points and placing 16th in the Semi-Final. Nine years later and she is back for a second try.

She was announced over a week ago and an online competition was launched for which song she would sing. The options were “Freaky!” or “Obsessed” with the former winning the digital competition. It is a very upbeat track in comparison to her 2011 entry and suits her down to a tee.

She’s worked on her career over the years, starring in musicals such as Fame and The Lion King. She’s released a total of three albums and an EP alongside many singles and music videos. It’ll be exciting to see how she’s changed over the years and we’re excited to see her perform “Freaky!” on the Eurovision stage.

Taking us back to the ’70s with a disco-themed song, Senhit impresses by making disco current, infusing pop, ’90s club, and a bit of R&B into this experimental track that we have a feeling will do really well in the contest. Full of high energy with an addicting chorus that will certainly grow on us all as we hear it more and more, “Freaky!” is destined to get into the Grand Final, this year. The lyrics are about being in love and the relationship not being traditional but who cares as love is love no matter what, even if it is considered freaky.

San Marino is hoping to make it to the Grand Final for the second year in a row. They’ve been competing since 2008 and out of their 10 entries, they’ve only made the Grand Final twice, once in 2014 with Valentina Monetta with “Maybe” which came 24th with 14 points, and last year with Serhat who sang “Say Na Na Na” which came 19th with 77 points. We have a feeling Senhit is going to do even better. We can see San Marino placing on the left side of the leaderboard this time around.

To do so, Senhit will have to gain quite a few points, compared to her fellow competitors. The Eurovision 2020 acts that have been announced so far are Blas Cantó for Spain, Hooverphonic for Belgium, VICTORIA for Bulgaria, Sandro for Cyprus, Vincent Bueno for Austria, Arilena Ara for Albania, Tornike Kipiani for Georgia, Jeangu Macrooy for the Netherlands, Vasil for North Macedonia, Tom Leeb for France, Benny Cristo for the Czech Republic, Eden Alene for Israel, Stefania for Greece, Montaigne for Australia, Samanta Tina for Latvia, Diodato for Italy, Destiny Chukunyere for Malta, Roxen for Romania, THE ROOP for Lithuania, Ulrikke Brandstorp for Norway, Athena Manoukian for Armenia, Alicja Szemplinska for Poland, James Newman for the UK, Samira Efendi for Azerbaijan, Ana Soklic for Slovenia, Ben Dolic for Germany, Uku Suviste for Estonia, Daði og Gagnamagnið for Iceland, Natalie Gordienko for Moldova, Ben & Tan for Denmark, Roxen for Romania, Gjon’s Tears for Switzerland, Go_A for Ukraine, The Mamas for Sweden, and VAL for Belarus. The remaining countries have already released their acts and songs.

What do you make of Senhit representing San Marino at the Eurovision Song Contest 2020 with her song “Freaky!”? Let us know on Twitter @CelebMix.