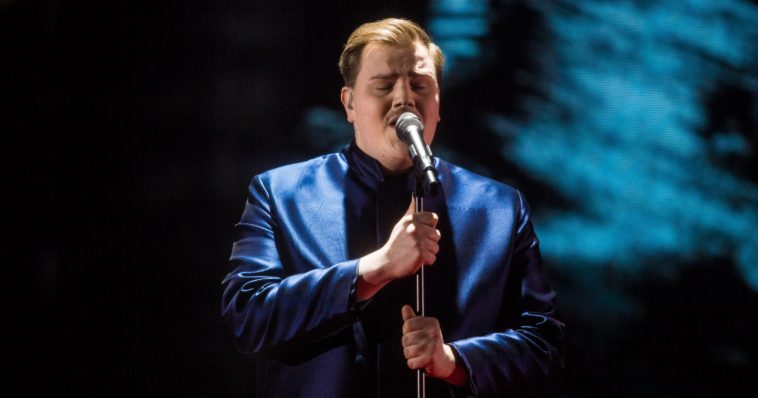 On the 18 March 2020, it was officially announced that the Eurovision Song Contest 2020 had been cancelled, which means all these amazing songs won’t get their chance to shine on the Eurovision stage and some acts may not even get the chance to represent their country. Finland had chosen Aksel with his song “Looking Back” on 7 March 2020 through the national selection show Uuden Musiikin Kilpailu 2020 (Contest for New Music 2020). He hasn’t been confirmed as their act for 2021, and it’s unlikely that he will since the national selection show is likely to take place again next year. As we await the 2021 contest, we will make sure that every song in the cancelled contest gets it’s time to shine, here on CelebMix.

Aksel Kankaanranta is best known for competing on the sixth season of The Voice of Finland, where he came second, back in 2017. He’s been working on his music career ever since and he proved himself by winning Finland’s national selection show. There was a total of six acts and the winner was selected via a 50/50 split between the public vote and an international jury vote, Aksel won the latter vote and came second in the public vote.

The public vote winner came in second place, who was Erika Vikman with “Cicciolina”, and in third place was Tika with “I Let My Heart Break”. The entire top three scored over 100 points. In fourth, fifth, and sixth place were F3M with “Bananas”, Catharina Zühlke with “Eternity”, and Sansa with “Lower View” respectively.

The winning song, “Looking Back”, has been written by Joonas Angeria, Whitney Phillips, Connor McDonough, Riley McDonough, and Toby McDonough (the latter three are best known as the members of the American pop-rock band Before You Exit). It is a sweet ballad of a song which Aksel delivers brilliantly and powerfully. We can’t be sure of how well this song would’ve done in the Eurovision Song Contest 2020 since the show has been cancelled, but we like to imagine that it would’ve done moderately well, depending on the stage performance from Aksel. We did love the graphics that was going on in the background of his performance at Uuden Musiikin Kilpailu 2020 which certainly emphasised the meaning of the song.

Watch Aksel’s Performance Of What Would’ve Been His Eurovision 2020 Song “Looking Back” Here:

Finland hasn’t been doing all so well in the contest in recent years. In the last five years, they’ve only made the Grand Final once, which was in 2018 with Saara Aalto who sang the song “Monsters”, which came 25th. They last won in 2006 with their unforgettable rock/metal act Lordi, who sang “Hard Rock Hallelujah”. Since then, the best they’ve done was placing 11th in 2014 with Softengine, who sang “Something Better”. Could Aksel have changed things around this year? Guess we’ll never know.

What do you make of Aksel’s song “Looking Back” which would’ve been Finland’s entry to Eurovision 2020? Let us know on Twitter @CelebMix.